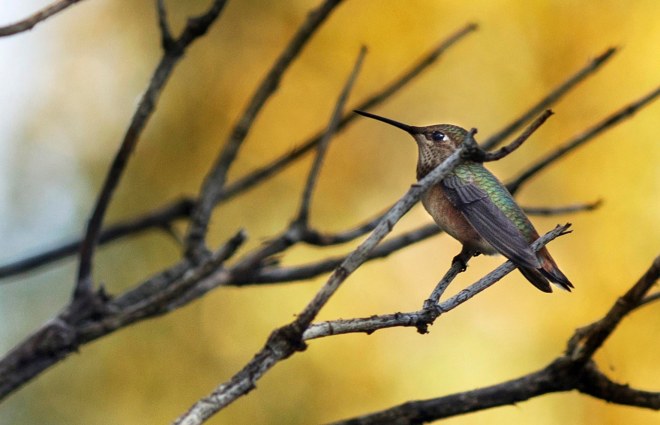 I’ve been gone for a bit. More on that later. I left the creatures in charge of the garden.

I should have been clearer in my instructions.

Dear Praying Mantis, you are not to eat your fellow guardians! 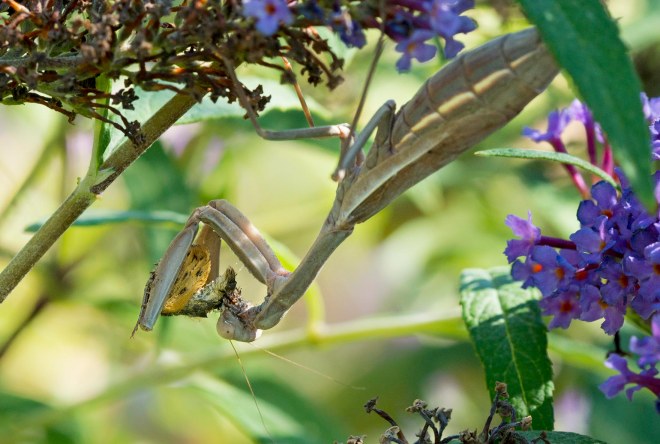 The Aster knows what the forecast denies: autumn is coming. Eventually.

All others will be toad. 🙂

“I have never been at a point in life doing that which has me so fulfilled, yet so shattered at the same time.” ~ A note received from a fellow volunteer upon the loss of a dog

To My Fellow Rescuers:

This week has been a tough one at the rescue, full of unexpected loss. Some were the beloved companions of our fellow volunteers. Those, we understand, grieve, and celebrate for the time we had together.

Others, sent to us too late, were with us for too short a time. We did not even have a chance to know them. We grieve their loss equally – but we cannot understand.

Because we take dogs regardless of their age or health, we are increasingly sent very sick and frail dogs pulled from shelters by rescue organizations and then transferred to us with scant – or inaccurate – information.

Armchair rescuers, whose only effort is social media, feel good that these poor pups were “freed.” The stats of the shelter and other rescue organization look better for not having euthanized an animal.

Don’t get me wrong: there should be a special place in hell for people who leave their devoted, but aged and sick companions in a shelter to die.  But a note to my fellow rescuers: putting a dog that is obviously in its final days through a one or two day journey “to safety” is not the humane thing for the dog. And it takes a human toll on the volunteers on the other end who are helpless to do anything but to let the dog go peacefully – if we even get that chance. We may only have known the dog for hours or days, but we still carry the weight of that loss.

We help hundreds of dogs on their journeys home each year. There are countless canine lives saved and human lives touched. There are miracles, and, along the way, there are inevitable losses – and yes, even rare failures. We’re strong, but we’re not Teflon. Our hearts break, too. So please, fellow rescuers, act with your heads as well as your hearts – for the dogs’ sake if not for ours. 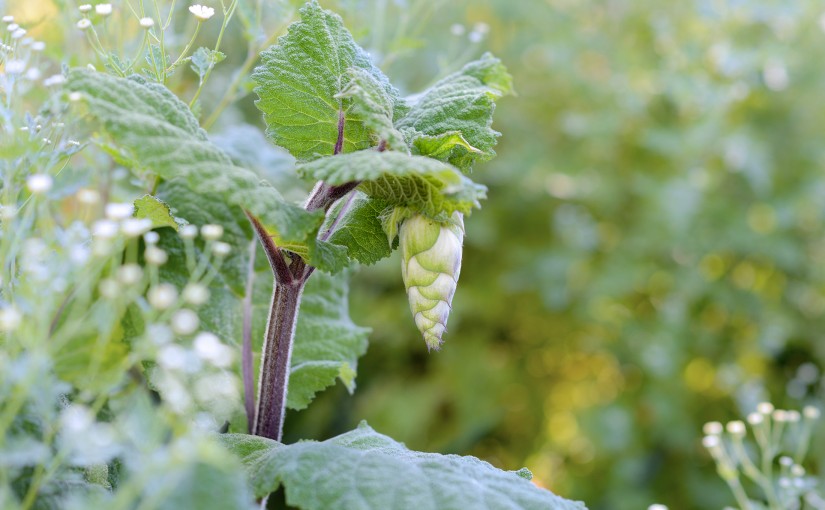 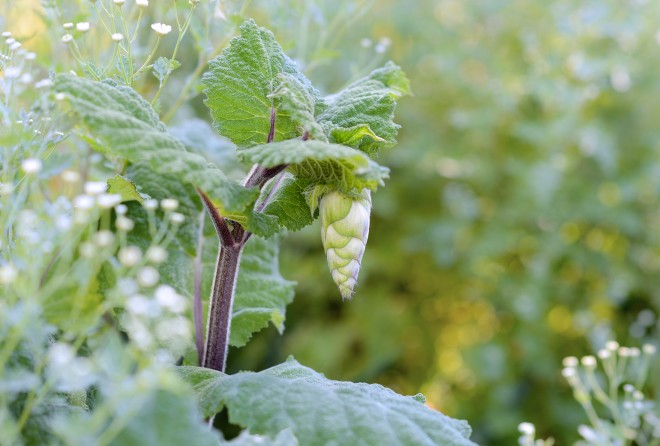 Mirror, mirror on the wall…

Who’s the fairest of them all? 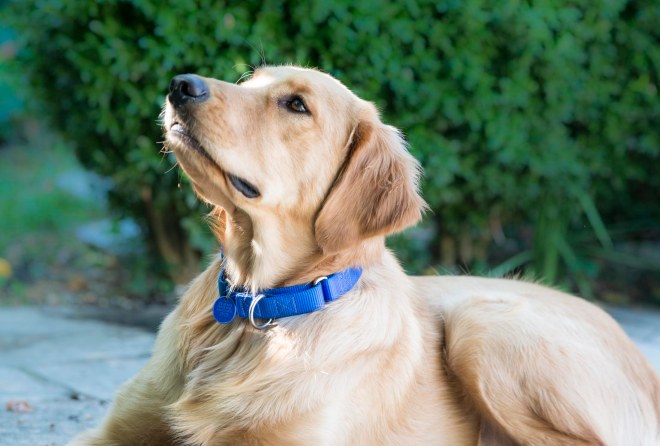 If these two bear a remarkable resemblance, it’s not a coincidence. I wrote about our foster, Yona, last week.

He’s soon to be a foster-failure. Having earned our Jackson’s full endorsement,

he will become an official member of our family on Tuesday, with a new name: Yogi.

The stunning beauty who looks so much like him is his sister, Lottie. 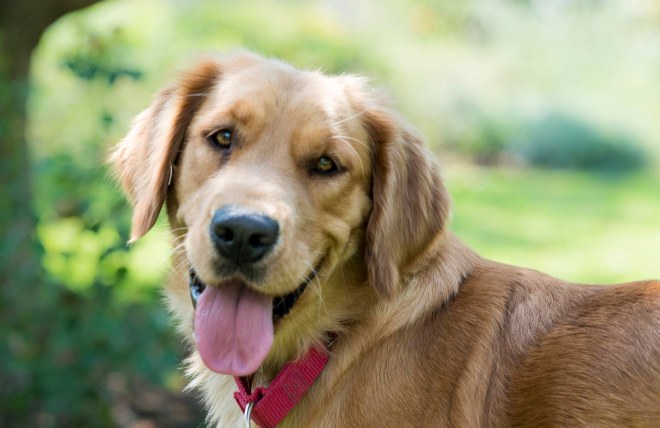 They went to separate families as puppies but came back to the breeder at roughly the same time for the same offense: cute puppy grows into adult, rambunctious, dog.

Lottie, like Yogi, has separation anxiety – although her case seems to be a bit more severe. To help her through it, she’ll have two very experienced dog people, one of whom is home most of the time, and two canine companions, Beau and Milo. 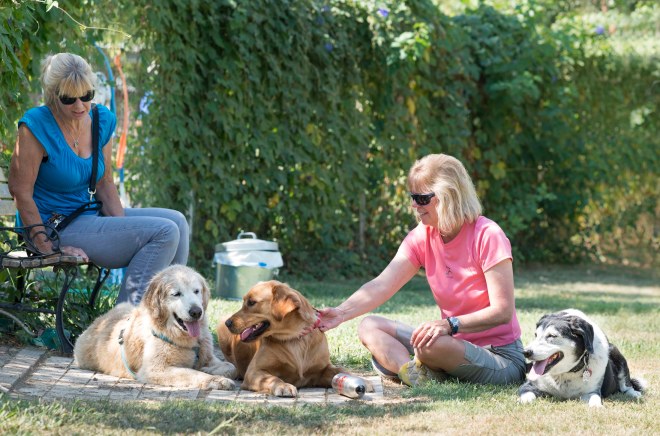 She’ll be living in Lake Tahoe with plenty of activities to wear her out. And what they say is true: a tired dog is a good dog!

We’re looking forward to mini reunions and future play dates at the lake or in the snow. Happy life, Lottie! You’re in very good hands now. 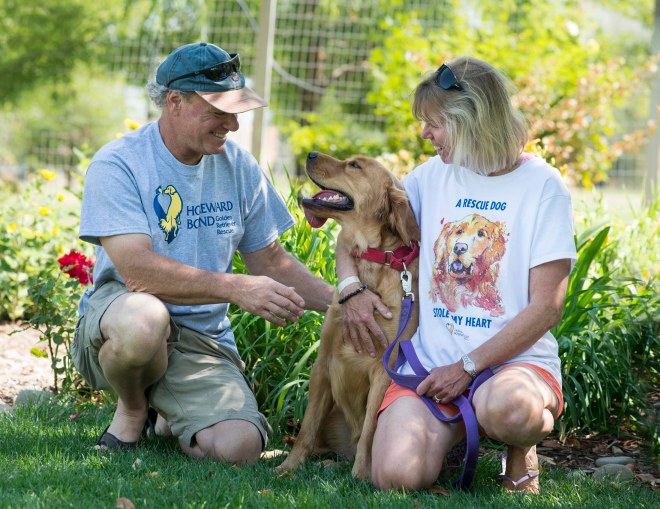 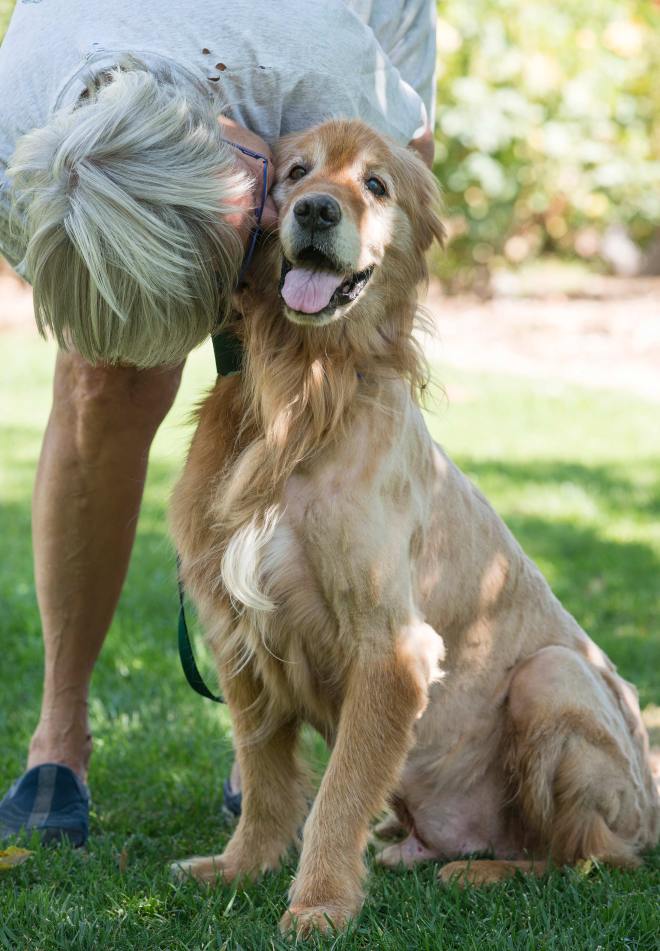 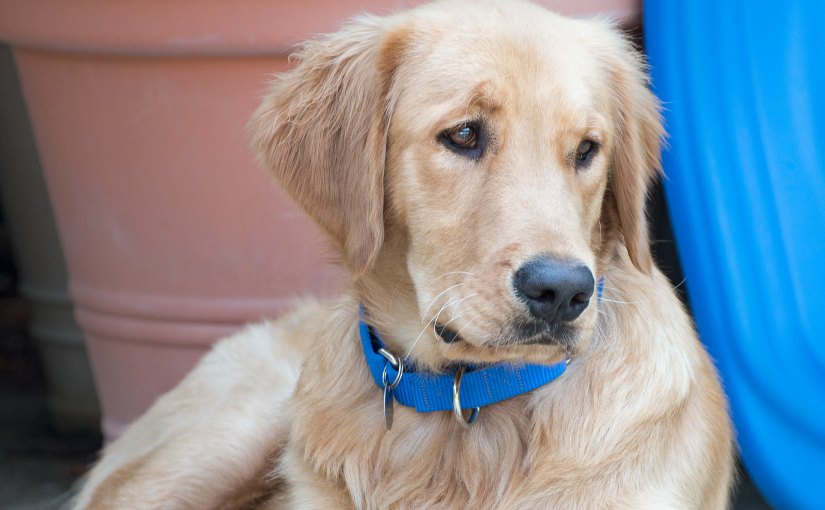 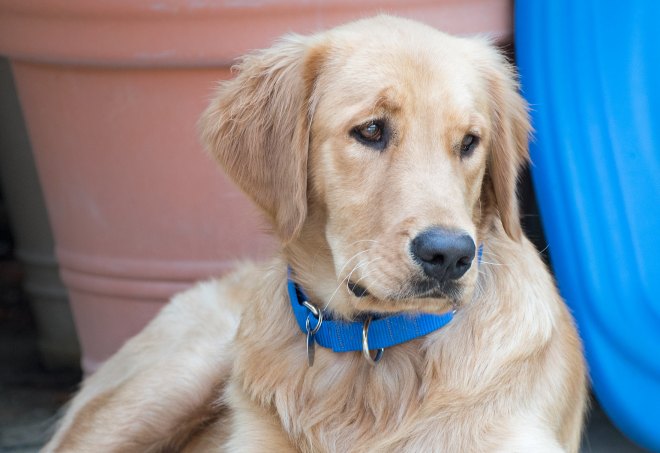 Yona. An unusual name for a dog. In Hebrew, it means “dove.”

Returned to a rural breeder with the familiar story: cute puppy becomes one-year-old dog with one-year-old dog energy and enthusiasm. The breeder was responsible and ensured that any of her pups would come back to her, if necessary. But her life had changed in unexpected ways and Yona was more than she could handle.

He is insecure and hugs a leg on walks – all 70 beefy pounds of him – until a squirrel comes along and all hell breaks loose. Unaccustomed to car, bikes, and strangers, he is anxious and on alert. He bears scars and scabs on his neck, most likely from the kind of shock collar used for electronic fences in the country. A note in his file says that he has separation anxiety. He is never more than a few feet away – clearly starved for attention.

Having given the signal that our Jackson needed company after the loss of our Bella, and that my husband and I, too, could be ready for Jackson’s sake – the call quickly followed. Bring Jackson to meet Yona.

At first blush, the age difference seemed too great; his size – too large. But Yona, the dove, surprised me. Jackson and Yona played for nearly two hours in the large park at Homeward Bound, with our eight-year-old boy more than holding his own. 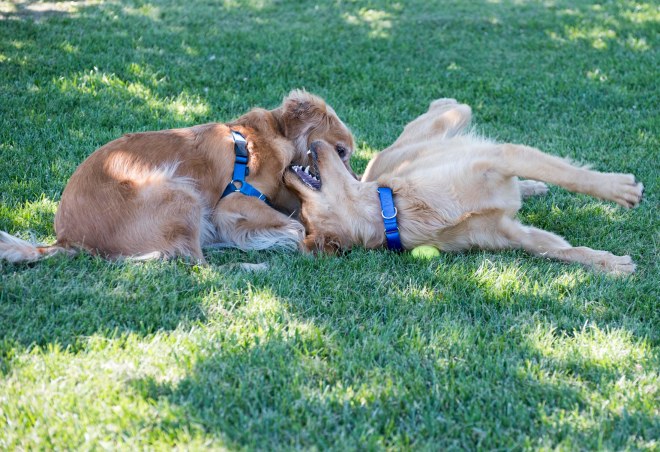 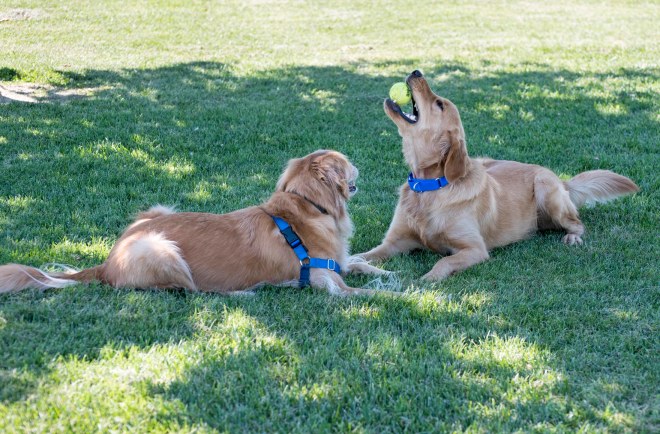 So I loaded them in the car for a foster try-out. Back at the house, they crashed together.

And Yona – the country, outside dog, quickly took to the comforts of home. 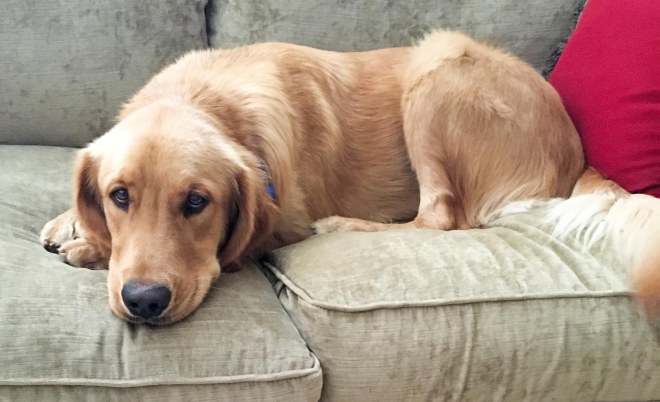 Play followed in the evening. They slept – apart at first, and then together on the bed (leaving little room for humans!). And in the morning – wrestle mania exploded throughout the house. Why does boy dog play involve so much gnashing of teeth and humping?

He is just a giant puppy, really. After a couple of days, his surprisingly good house manners are showing truer colors. He hops onto the window sill to see out, he puts his paws on the counter, he brings a pillow to me as if to say: “I could. I really could!”

Testing the separation anxiety, the boys were left for first five minutes, then ten, thirty, and an hour. No issues. But when I took Jackson for a walk and left Yona behind – the crying began. We’ll keep testing and working on it, ensuring that he is well worn out first, and making no big deal of comings and goings.

Meanwhile, they are testing each others’ boundaries – and Jackson definitely knows how to draw the line. But with an advantage of nearly seven years and twenty plus pounds on our boy, we just want to be sure that Yona doesn’t squish or thoroughly exhaust Jackson. Three days in, Jackson is definitely feeling his age. 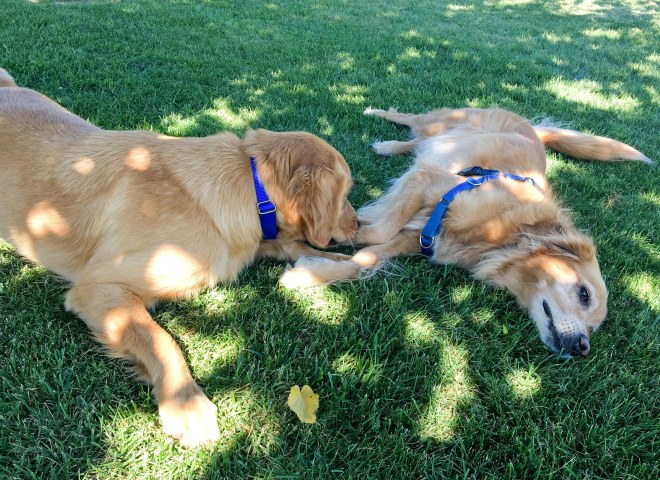 It’s not just how dogs play that makes a good match – it’s how they settle, as well. 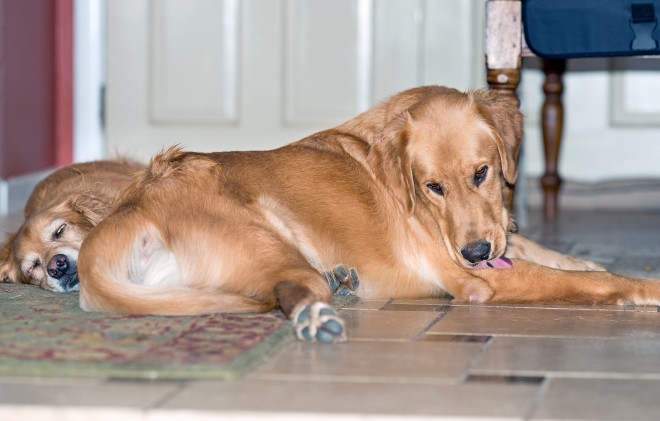 I was feeling pretty guilty bringing such a young and handsome pup home for a tryout. By looks alone, he is the type of dog that many adopters hope for. The puppy stuff is normal. But he definitely needs training and patience to help him become a more confident boy and a far better walker. And just maybe, a more mature dog could help to show him the way.