I first met him on an early spring morning. Arriving before the feeders to tend to Daisy and her puppies, I happened to look down the shoot that runs between two large dog yards. In the walkway was a pacing, nervous black dog who looked ready to bolt.

He had been living feral on the river for who knows how long. It took animal control a month to catch him. When lures failed, they resorted to a catch pole. It ensures safe handling for the human, but it is certainly traumatic for the dog.

He would have been impossible to keep at a shelter. Teeth bared in utter terror, he would not let anyone near. Thankfully, he came to us. He was having nothing to do with a collar or leash after the catch pole. So he was lured into an outside enclosure within a large yard for the night. Or so we thought. He had worked the door clasp until he found his way out of the enclosure and leapt over the eight-foot fence. Clever one. Fortunately, he picked the wrong side of the yard and landed in the shoot instead of onto the fenced property where he certainly would have repeated his dash to freedom. In the narrow passage, he couldn’t get enough distance and speed to hoist himself over. He was waiting for someone to come along, not notice him there, and open the gate so he could shoot past them to make his escape. Instead, we cornered him with x-pens and walked him back into the enclosure. This time, with a lock. I don’t think he ever forgot or forgave me.

We named him River. You could see the fear in his face.

It took weeks to get a collar and leash on him and many more to get him into the kennels. 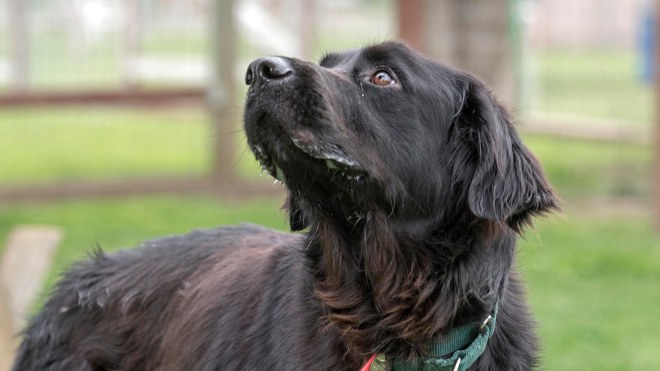 Thankfully, the weather was fine. During this time, he made a tight group of human friends who very gradually earned his trust. He never counted me among them. But it doesn’t stop my appreciation for this magnificent boy.

He made dog friends. That too, took a little time but he craved canine companionship – and one in particular: another of our rescues, a dog named Roo. 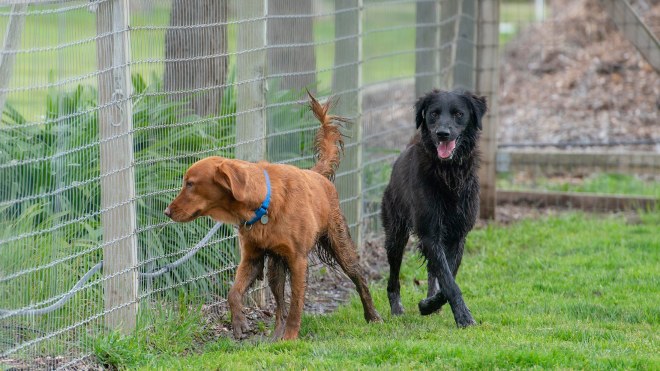 One look…and the games were on! 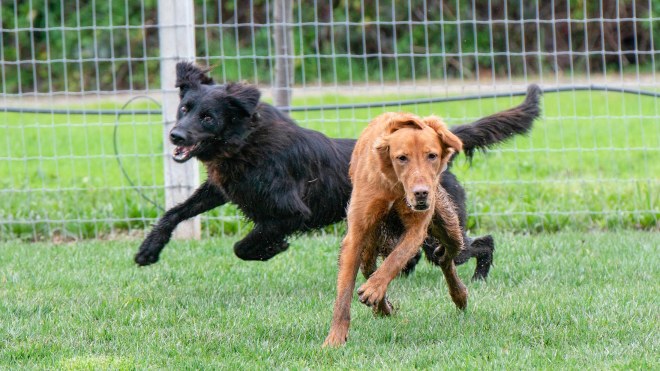 If there was water and mud, so much the better! 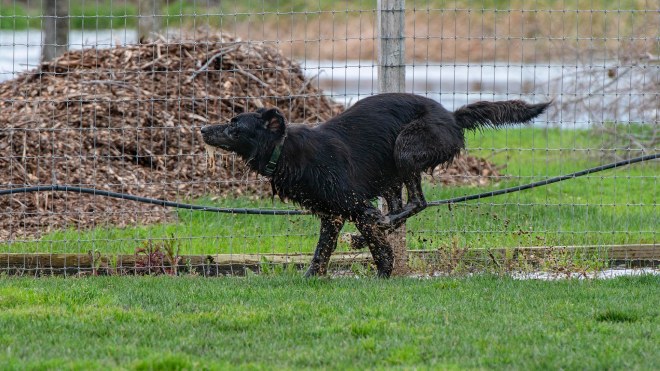 With gnashed teeth and snorts, it sounded like warriors doing battle. But they delighted in each other’s play while Roo and others showed River, by example, that humans were OK. 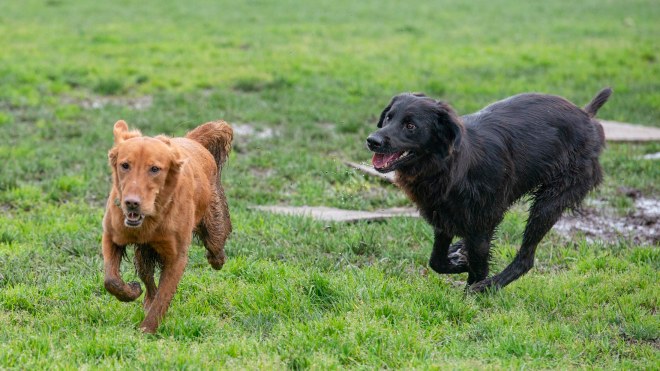 Had he ever been in a home? Would he feel comfortable or claustrophobic? Would he escape when given the first chance? We knew nothing about him.

So a group of foster friends took him out for day trips and sleepovers. It helped us to see that River was finally ready to accept love and find happiness living the life of a beloved family dog.

And so, after a year, it was finally River’s day. While we were preparing to post him to the website, one of our volunteers scooped him up instead.

The best part? This very special dog will visit often and stay connected to our Homeward Bound family – not to mention, Roo.

From feral to family. Made possible by an incredible group of volunteers and supporters without whose help we would not be able to give a dog like River all the time he needed to be ready for home.