“The best and most beautiful things in the world cannot be seen, nor touched…but are felt in the heart.”  ~ Helen Keller

There is one feeling that I will never get used to – is the joy of watching new connections made and new two+four-legged families formed. Last weekend Jeff and Erwin came through the garden with Duke – 90 pounds of golden love. 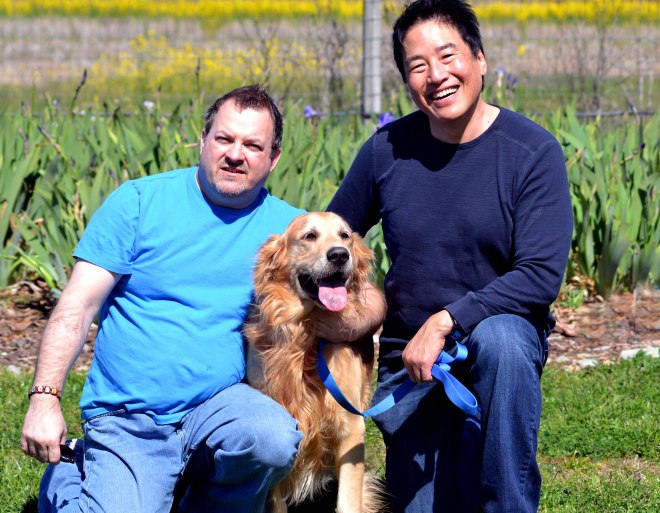 Previous adopters, they had lost their beloved pup and were finally ready to share their hearts with another.  The connection was real and instantaneous.  They spent hours together. Arrangements were made to return a week later to pick him up; unable to stay away, they were back the next afternoon with a friend to share another day. 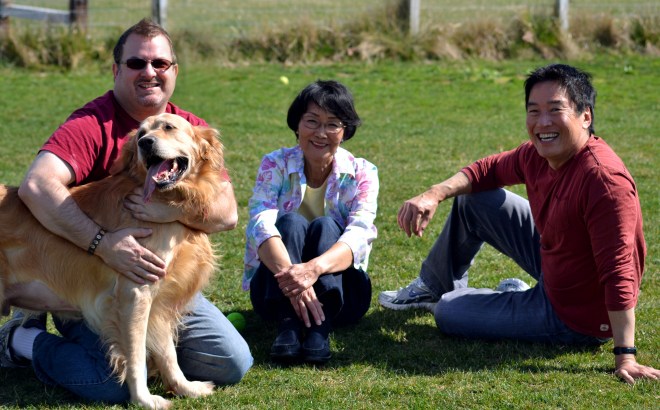 Who knows what clicks to create these instant bonds. Who cares? 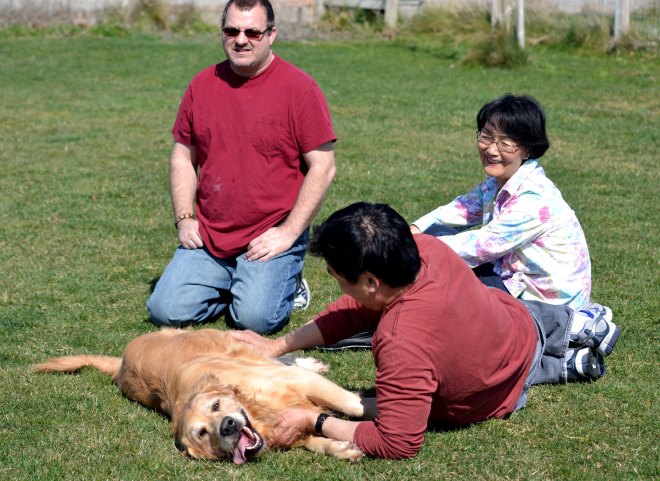 Secrets of the heart – dog to human; human to dog.

10 thoughts on “Secrets of the heart”