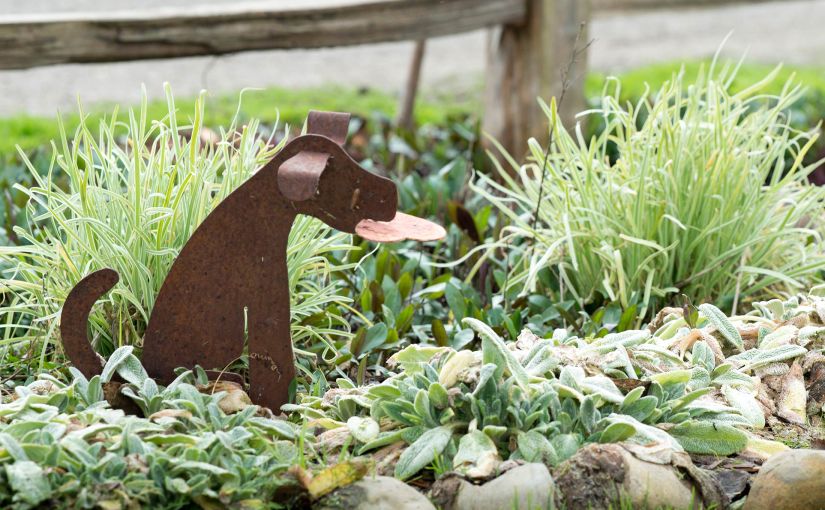 I stand before you, falsely accused.

Ina is the horticulturist on our team of gardeners. She is expert at selecting and nurturing native or drought-tolerant plants that can survive California’s waterless years. She has taught me a lot about planting for success in our clay-heavy, sun-baked garden.

One of her first soldiers – a large silver ragwort (jacobaea maritima) – was recently lost. You can see it here in its magnificence. She suspects I snuck it water and thus, contributed to its untimely demise.

When we were deluged with two storms in December, where was Ina? Maui. While all of January was dry, we were visited by a Pineapple Express this weekend – a warm, wet storm that blows in off the Pacific – an “atmospheric river.” 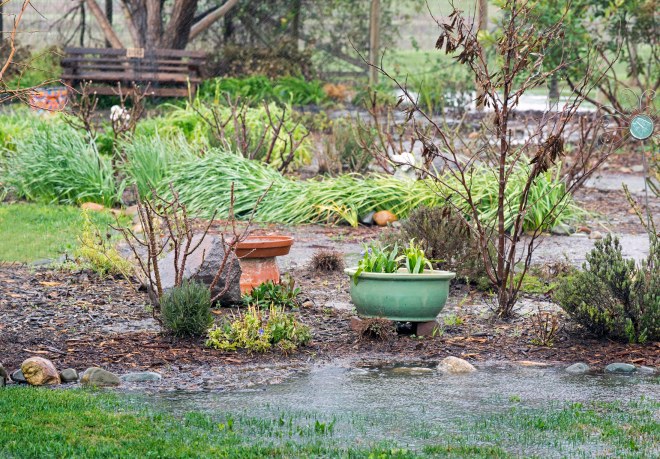 Here, before you I present the photographic evidence which should exonerate me: proof positive that Ina’s garden sits in one of the lowest spots of the garden. Her beautifully appointed crushed granite pathways serve as perfect vessels, creating self-contained rivers that hold water for days. Yes…those are her rosemary, lavender, tulbaghia violacea (aka…smelly society garlic), artemesia, lamb’s ear, asters, lion’s tail, and tanacetum plants and grasses sitting in the flood zone.

What say you jurors…kind blogger peers? Regardless of the verdict, the rain is SO very welcome.

The downside of a Pineapple Express is that creates rain in the Sierras instead of snow pack. We depend on the snow pack to refill our rivers and reservoirs later in the year. But, at this point, we are grateful for water in whatever form it arrives. 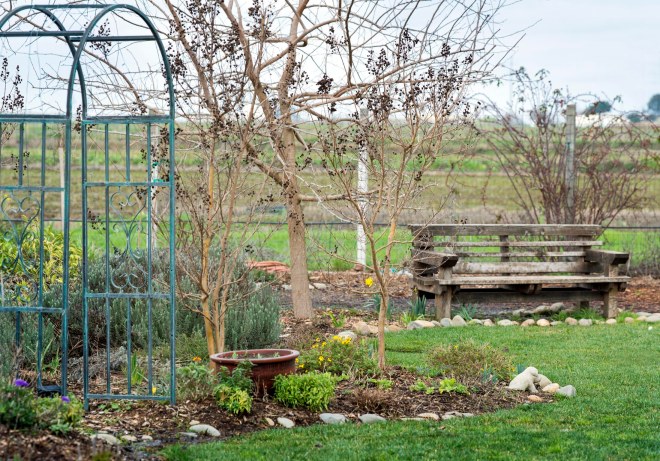 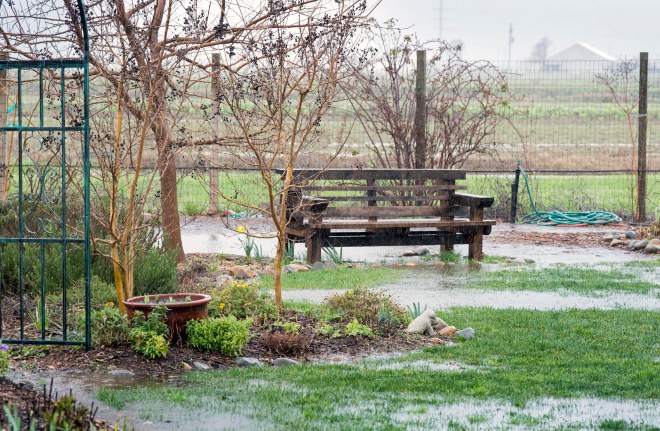 It all made for soggy, dog-walking duty this weekend at the rescue – but who can argue with the rewards?

23 thoughts on “Proof is in the puddles”