His file read: “Young, male, mix. Gentle, affectionate, can be insistent when you stop petting him.”

This – and a horrifying photo on social media – is how Neo came to our attention. I won’t share the photo. It is in his past now.

“It’s no use going back to yesterday, because I was a different dog then.” ~ Lewis Carroll, Alice in Wonderland

He is not a Golden Retriever by any stretch of the imagination. But who could leave him like that in a shelter? Not our rescuers. 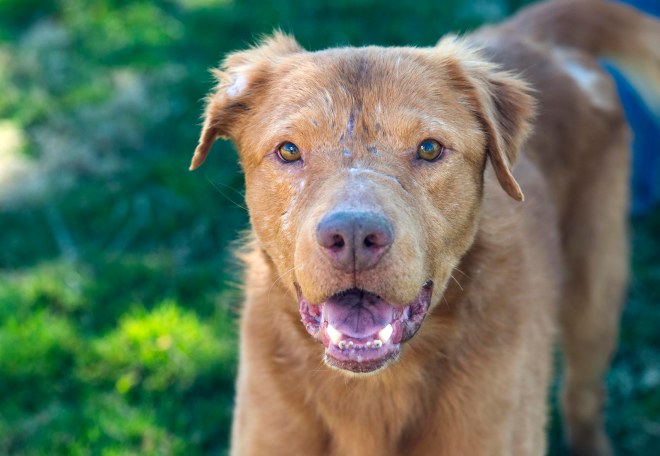 We came to learn that his open wounds and scars were inflicted by the family’s other dog. Their interactions throughout Neo’s life were obviously ignored, as were his injuries. The best thing his “family” did for him was to leave him at the shelter. The best thing that ever happened to him was to be rescued by Homeward Bound’s angels.

Misreading his file, he was renamed ‘Ned’ upon his arrival. It suits him better, and leaves the past firmly behind. His wounds and skin were treated; he was fed; and walked; and cared about, quickly becoming a favorite.

What is amazing is his loving and forgiving nature. For as much scarring as he had on his body, it is not evident at all in his personality. He does not exhibit fear or anxiety. He still likes other dogs. But mostly, he wants to be with humans. Kind and loving humans…who carry cookies!

With weekly baths, his hair is beginning to grow back in and you can begin to see the dog he will be on the outside.
Inside, he is pure gold.

Ned will be waiting with us for that special someone. He’ll be the best thing that ever happened to them. 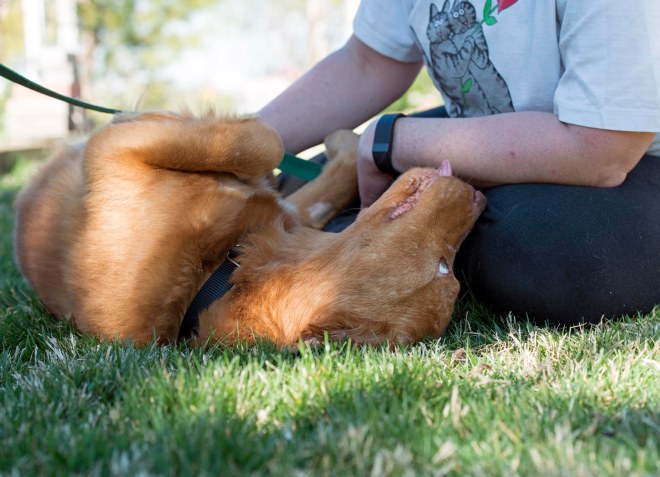 To share or adopt Ned, you can view his profile here.

15 thoughts on “Ned: Of Golden Heart”