What’s blossoming in the garden? Everything! 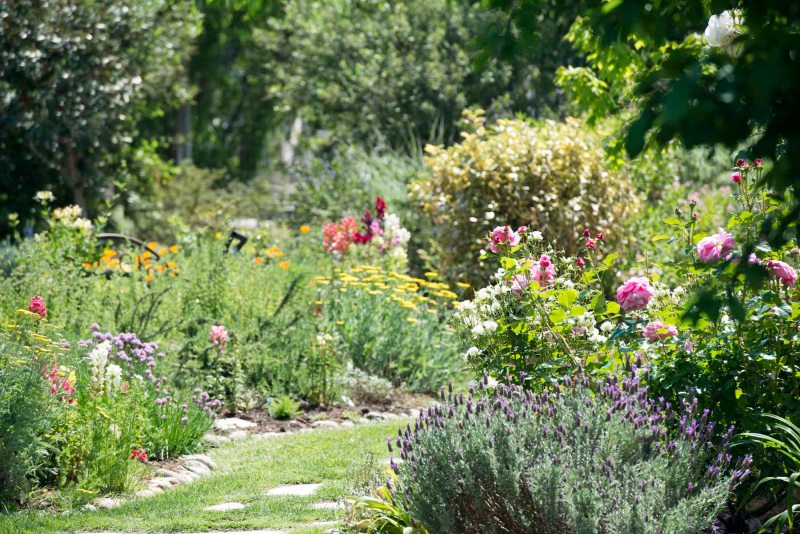 My wayward gardeners returned, but only one of them to work! Ina tried to hide behind the towering roses,

but she was found and made to toil and tame her rowdy beds.

Maria stopped by – but only for a scheduled playdate between Yule and Scrappy. 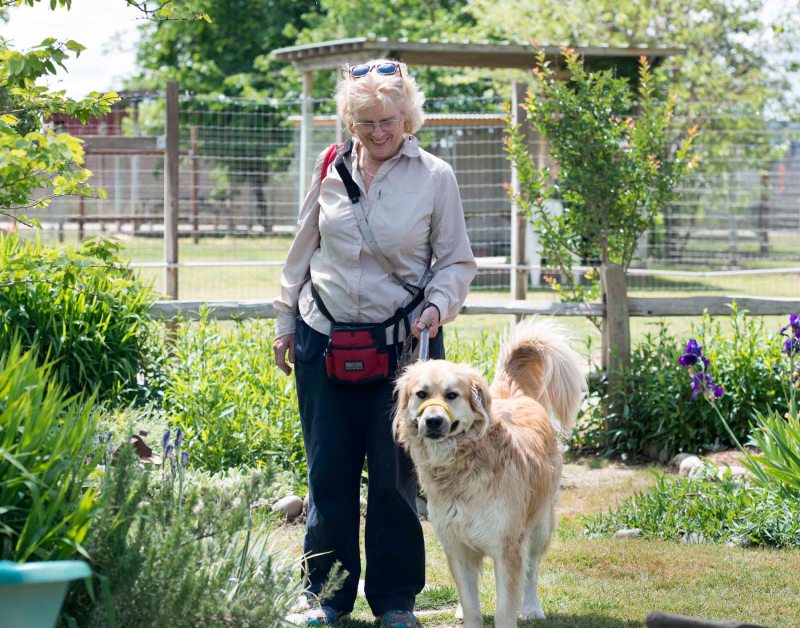 Socialization time is (almost) as important for Yule as weeding.

Socialization was the plan for Desta and Cooper as well.

Desta and Cooper are the under-sized Goldens that I wrote about recently. Desta was captured stray, malnourished, and frightened. Cooper was unsocialized and terrified of his own shadow. They have been nursed back to physical health, and found emotional comfort in each other’s company.

But expanding their world is what is needed to get them home, so off to puppy school they went! 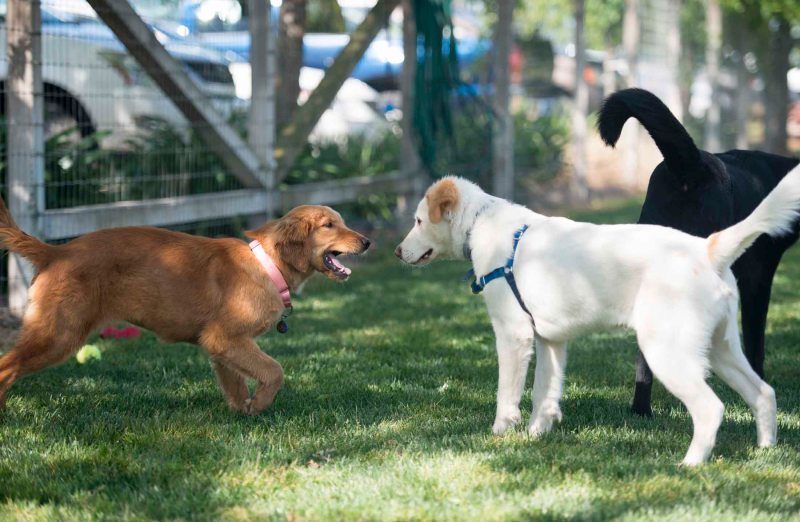 They kept their distance from the wildest of the bunch,

But gradually inched forward to meet other dogs and humans.

In the safety of puppy class, they can learn about dog body language, 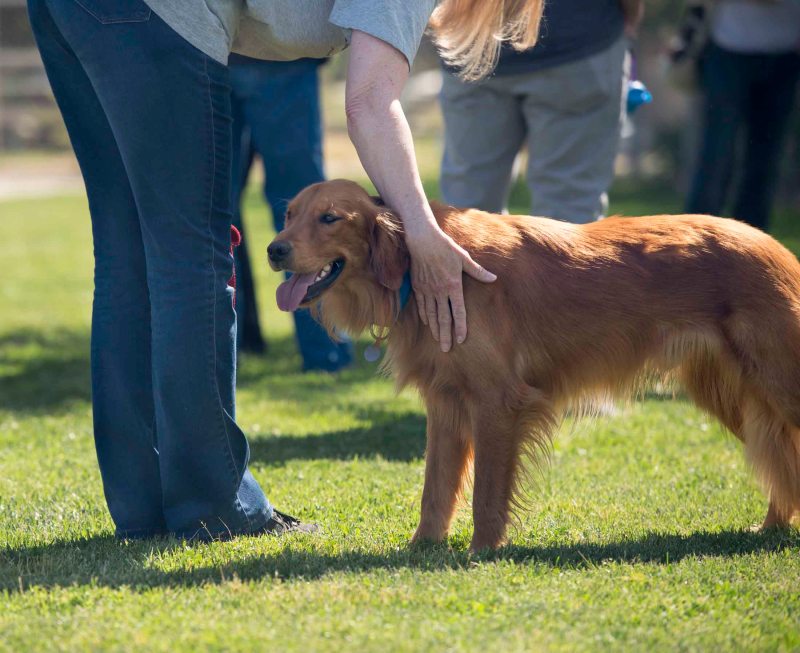 Flowers aren’t the only things blossoming this weekend at Homeward Bound.