As the summer heat sets in, I prefer to work the garden in the early evening whenever possible.

The Delta Breeze blows lightly to cool the valley, and the setting sun saturates color and creates little jewels through the lens. 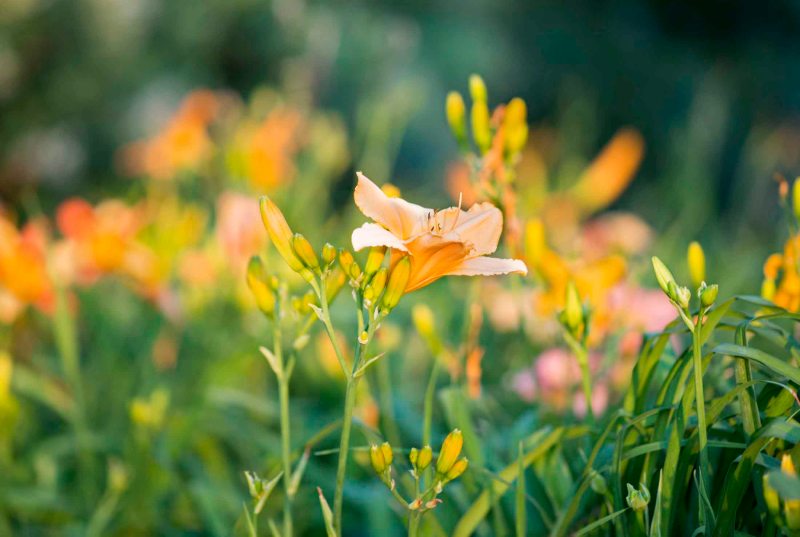 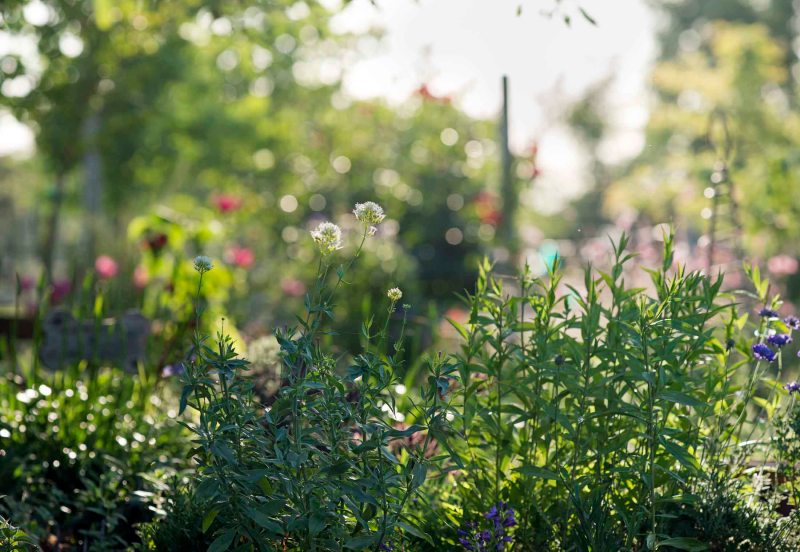 “The pale stars were sliding into their places. The whispering of the leaves was almost hushed. All about them it was still and shadowy and sweet. It was that wonderful moment when, for lack of a visible horizon, the not yet darkened world seems infinitely greater—a moment when anything can happen, anything be believed in.” ~ Olivia Howard Dunbar, The Shell of Sense

Unlike the morning which is always chaotic – the gardeners and the dogs racing against the sun and the heat of the day – the evening is productive but blessedly peaceful. 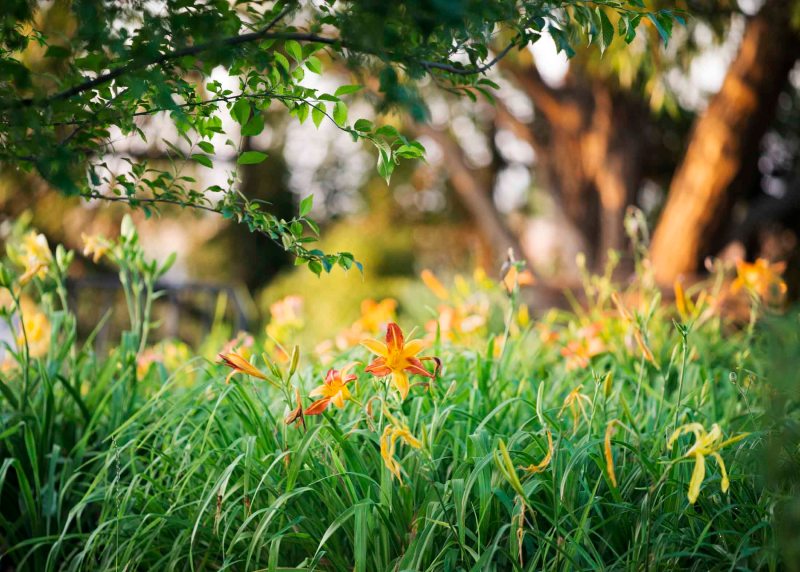 The bunnies, lazy lizards, and settling in birds keep me company as the dogs fall into an exhausted hush.

Twilight is a magical time giving rise to winged beauties and fairy tales – when “anything can be believed in.” Like Bing’s “going home.” 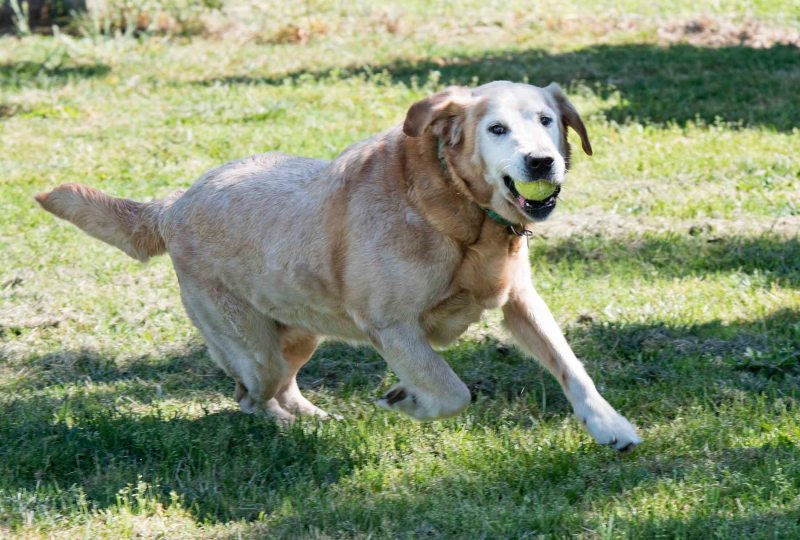 Bing came to us all the way from Taiwan. He’s been home before – unsuccessfully. It was all too much for him then: too much temptation, too many ways to get into trouble! He hollered at other dogs, hunted cats, and little critters best beware.

But people? He has always loved people. 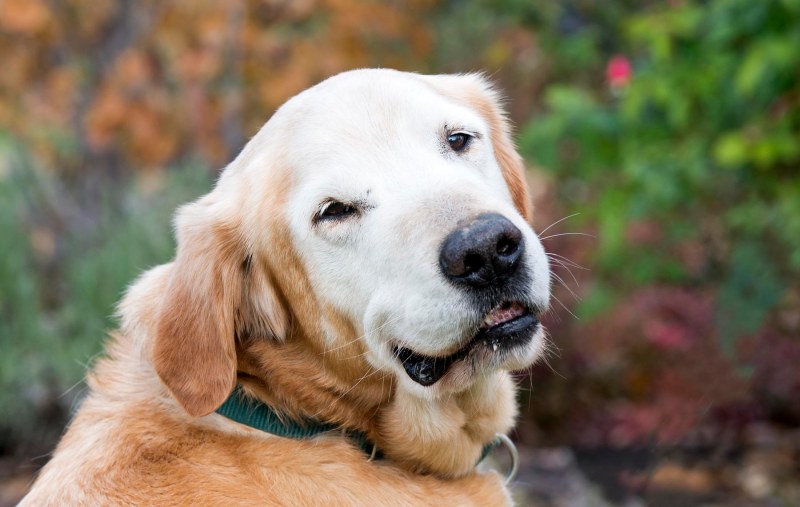 He behaved like a model citizen in a venue filled with dogs and chaos, winning everyone’s attention and praise. 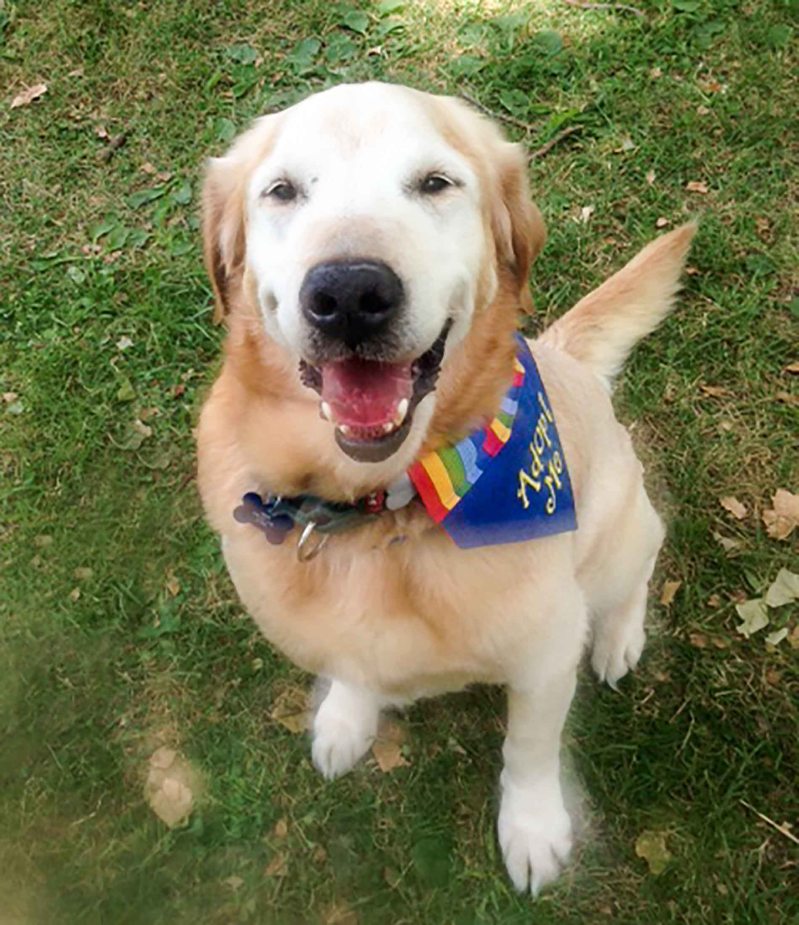 Bing must have felt like a prince at the ball. Transported in style; meeting friends old and new. When the clock struck midnight, he probably assumed his Cinderella moment was over. But by proving himself in a most unexpected way – he earned his “going home” papers, instead. Lorey, one of our devoted volunteers, made him her own.

Anything can happen. Anything can be believed in. That’s the magic of the garden at sunset – and this place we call Homeward Bound.