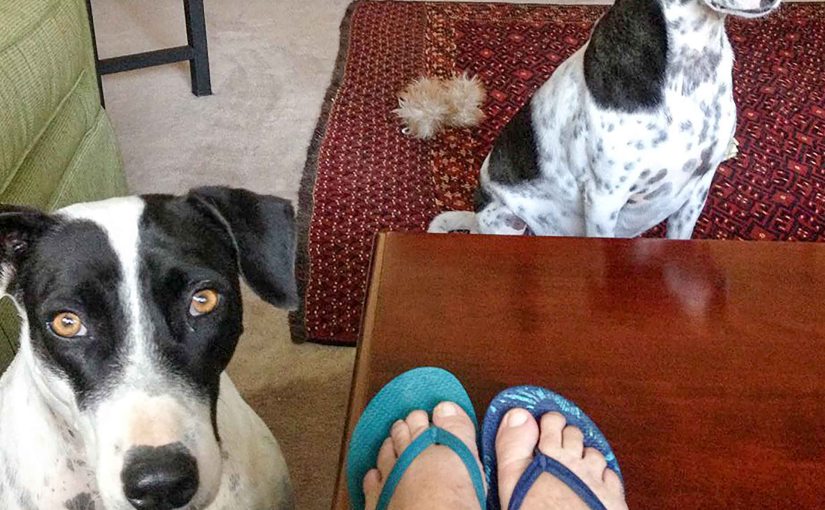 Typically, a bee will travel about two miles in search of food. When nectar or pollen is scarce, the journey can extend two to three times as far. To a tiny bee, that is a great distance flight and a long, exhausting way home to the hive. 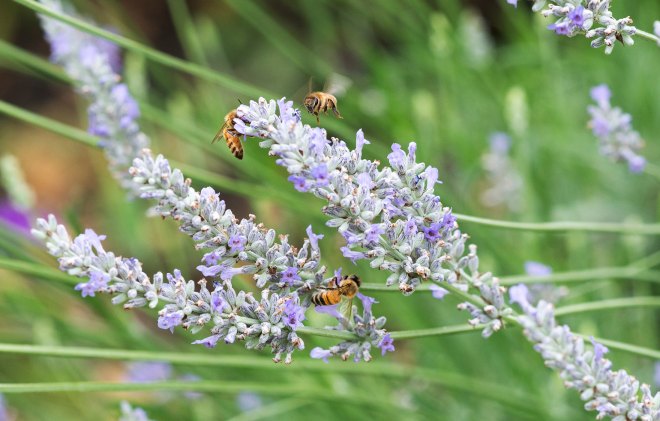 For the first part of their lives, “home” for Lilly and Lucy was the streets of Pakistan. Scavenging, starving, relying on the mercy of strangers and garbage scraps.

Home for Erika and Gwen is the United States. But as Foreign Service gypsies, their current home is Pakistan. They have traveled the world to often dangerous places: Haiti, Iraq, Afghanistan, Russia, and more. The locals can be hostile, and, as auditors, they are not exactly welcomed by their peers, either. It’s a lonely and isolating life filled with security alerts and lockdowns, but they find the work fulfilling as their purpose is to ensure that foreign aid gets to those most in need. With frequent reassignments, they try not to make attachments. But when Lilly and Lucy crossed their paths, they simply failed to look away.

Lilly was one at the time, half-starved and missing a back paw. Lucy was an eight-month-old bag of bones, staying by the side of her mother and her latest litter of puppies. Erika and Gwen took them in, nursed them back to health, and they found a new home together. The two became inseparable. 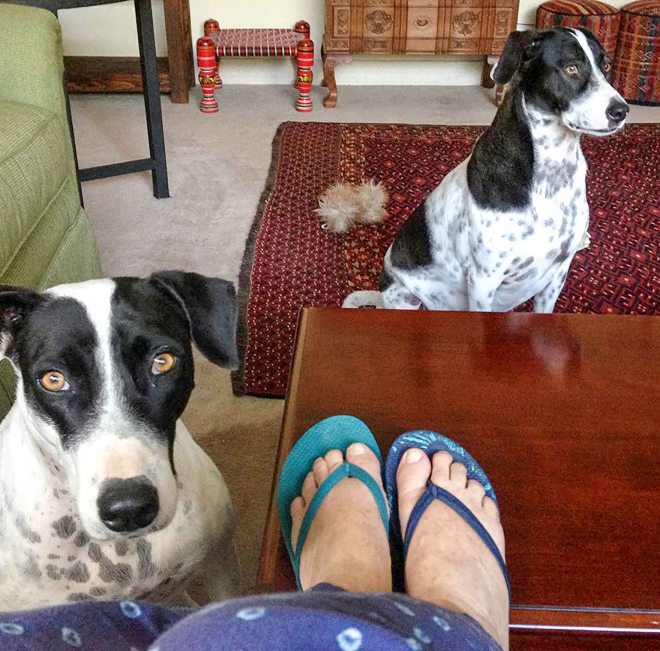 When both Erika and Gwen learned they would be redeployed to new posts and tiny apartments without the benefit of yards, the panic set in. Against all good sense, they had fallen firmly in love with these dogs, now three and four, and there was no way they were abandoning them. The expat community is large and, like the military, they do their best to have each other’s backs. Erika and Gwen explored every avenue but were quickly running out of options.

A distant connection and recent adopter suggested Homeward Bound. As difficult as it would be to give the girls up, they knew that a permanent home was what they needed and deserved. They reached out to us, hoping that, if their dogs couldn’t pass for Goldens, they might find some golden hearts among us. Of course, we said “yes,” which is how Lilly and Lucy began the longest way “home.”

I wrote about them for the rescue to begin to get the word out.

On Thursday, after two days’ journey across one-third of the globe, Lilly and Lucy arrived in San Francisco where Judy, one of our transport team members, and I met them. 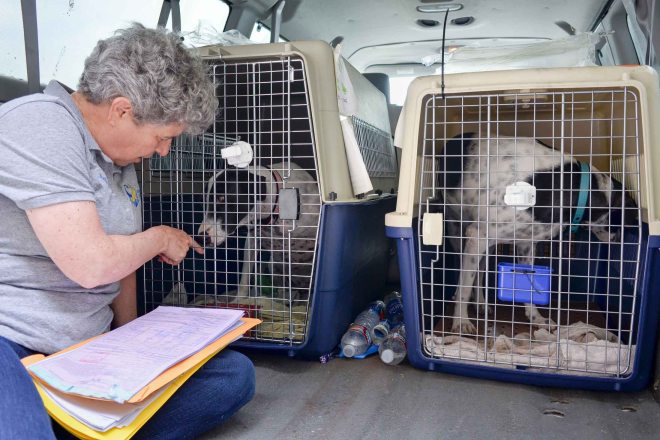 Tired and confused, it took almost three hours to get them off the plane and out of customs. They still had to endure the long crawl through rush hour traffic back to the Sacramento Valley. It was nearly dark when we got back to the rescue, a twelve hour day.

I don’t think they had experienced that much open space since their days in the streets. Exhausted, we gave them dinner and put them to bed – together.

They have adjusted well, 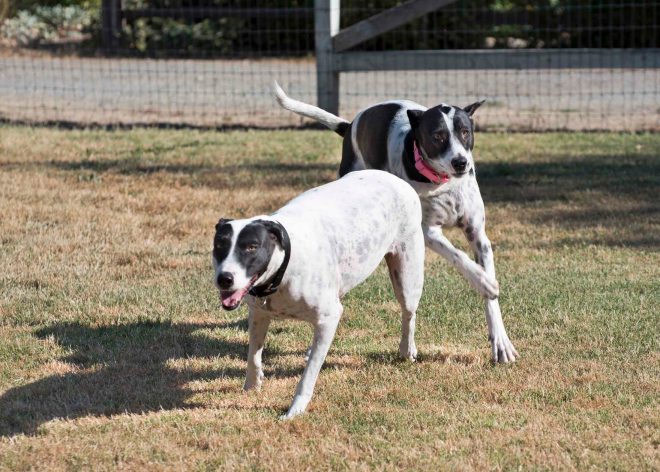 their feeders and dog walkers,

and their visitors: the couple that connected them to us.

For Erika, Gwen, Lilly and Lucy, it has been a very long and stressful journey. There is one more to go. After we have a chance to spend some time with the dogs and gain a full understanding of their needs, we will help them to find their most important home: their forever home. 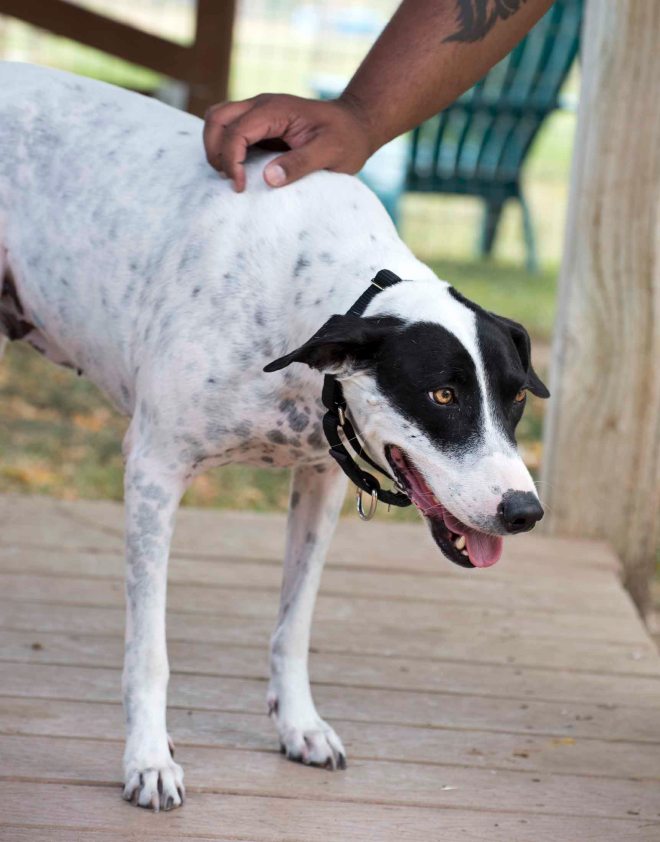 6 thoughts on “The Long Way Home”