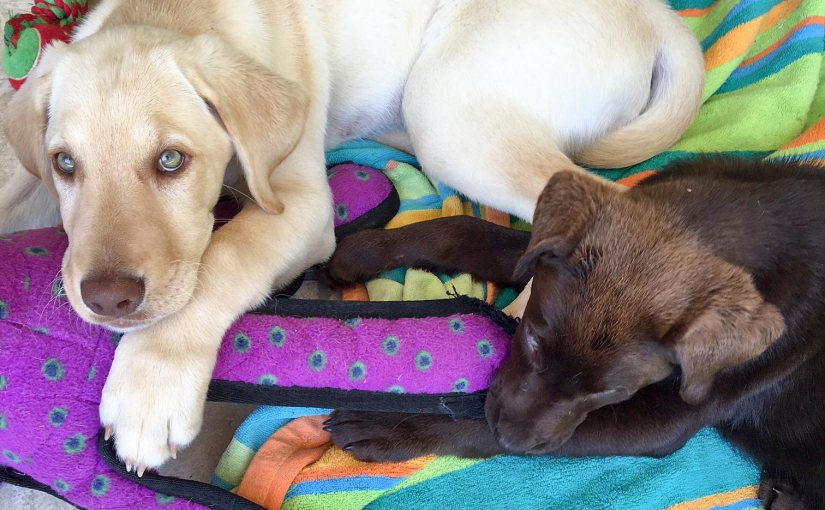 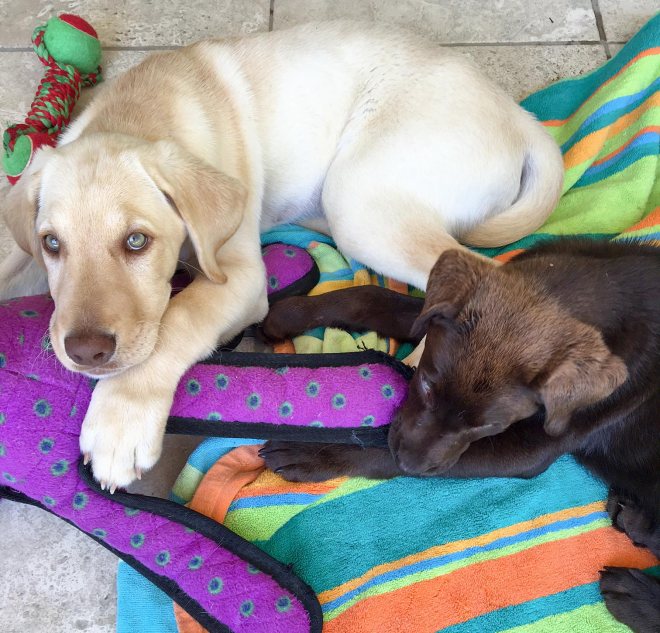 Once upon a time, there were two tiny sister puppies born with faulty eating instruments. The odds were stacked against them, but a fairy godmother intervened and said: “we can help.” They were named Faith and Hope.

Hand fed and held upright, they put the naysayers to shame and thrived. Sisters bonded through adversity, they developed a deep love. 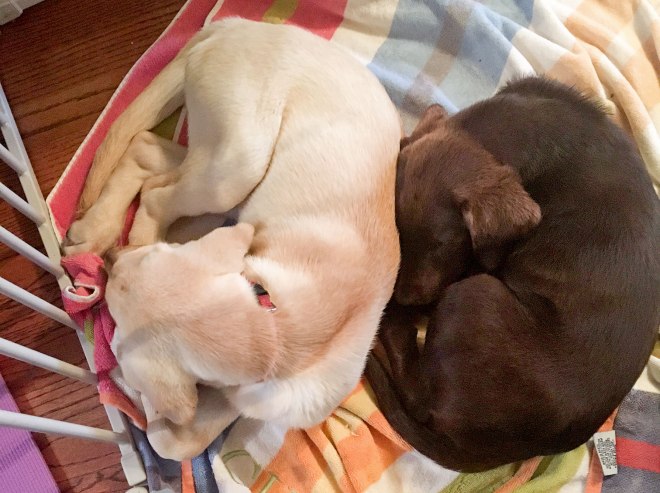 In a little blind puppy, they found a kindred spirit and formed the three pupsketeers. 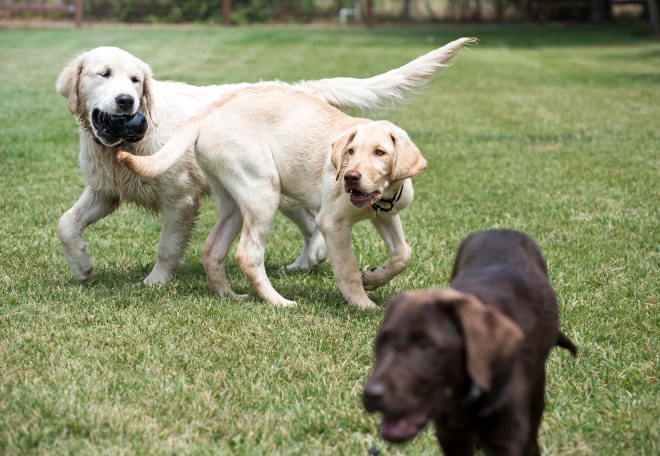 They were inseparable – and inexhaustible. 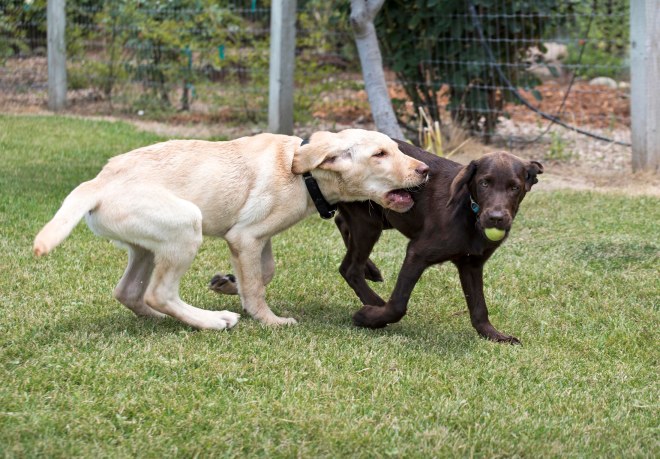 As their little bodies grew, so did their mighty play, draining the life out of their fairy godmother. When offers of adoption came first for one – 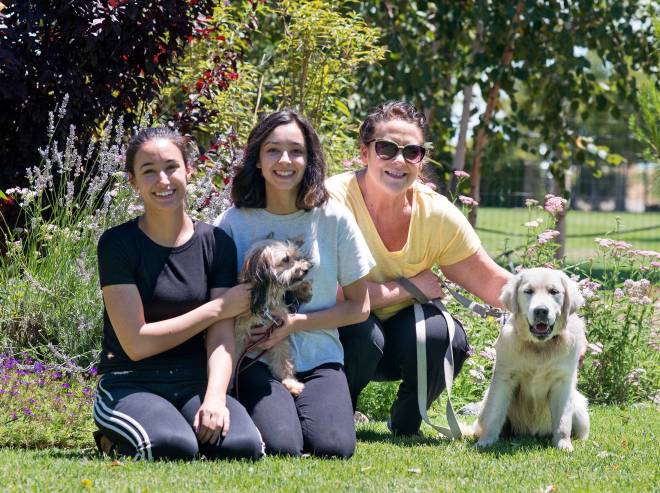 and then the other,

they were gladly accepted.
Leaving only one. 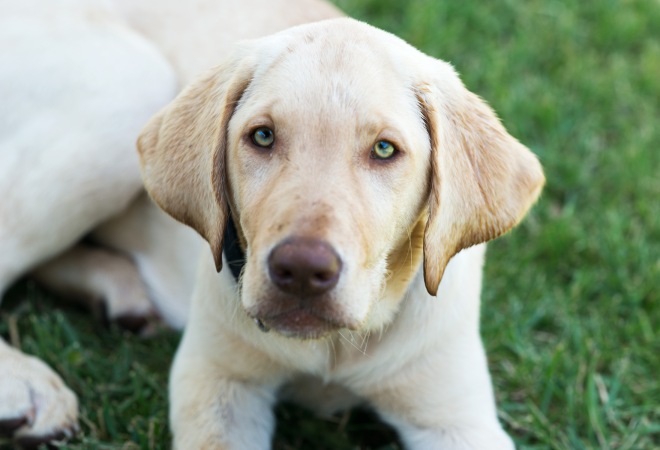 Little green-eyed Faith came back to stay with a foster godmother (me) until her adoptive family could be found.

We thought we had it, but then we didn’t. It was something about the right dog at the wrong time.

So said her foster godmother, as well. Although she loved the little girl very much, she had made an important promise to her big dog who had even bigger needs at the time.

So little Faith went to stay with her sister – now named Sophie, and her sister’s handsome (but puppy-annoyed) big brother, Jasper, loved by yet another foster godmother, Cassandra. 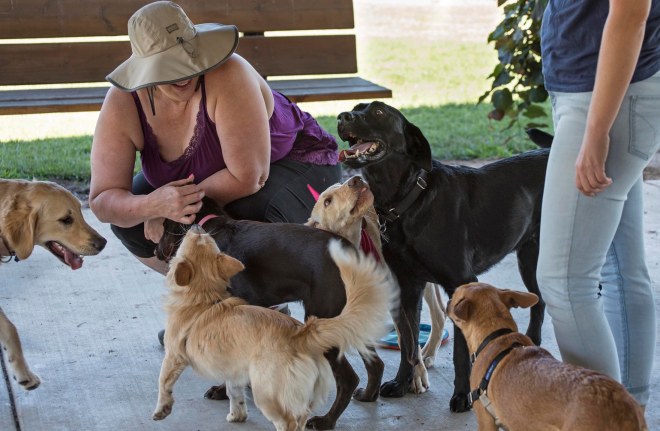 Only Cassandra was not so much “foster” as she was “mother.” You see, Cassandra was a “foster failure”; not just once – but twice – having fostered, and then adopted, both Sophie and Jasper. She pleaded: “I can help; let me help.”

The bonds of siblings of eight or nine weeks are one thing; but three, four, five and nearly six months of age? Well, that’s something else. 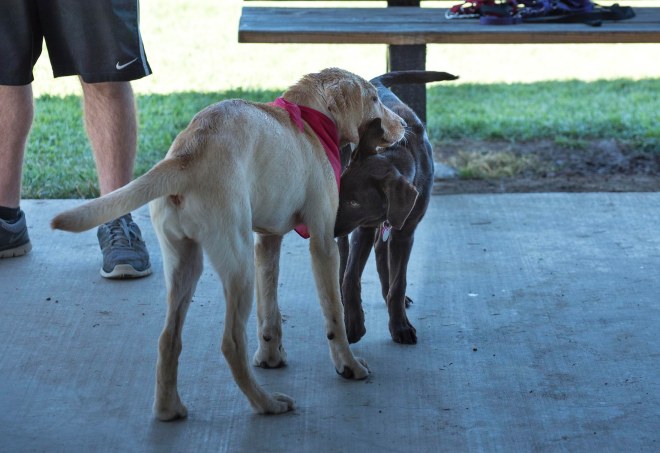 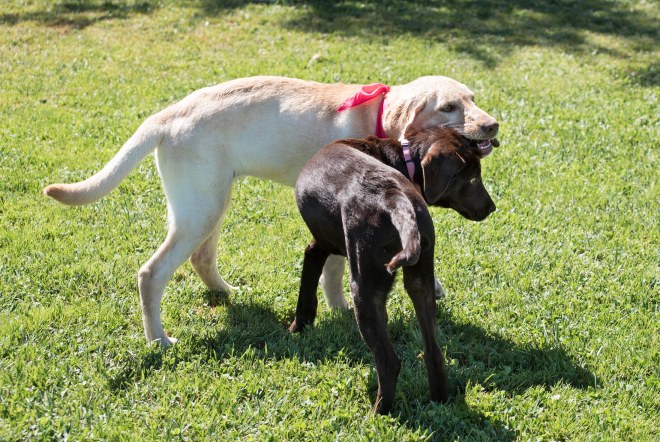 Each time the girls were reunited, their best happiness was evident to all who looked closely.

And now it is official. A match set.

And Cassandra’s foster failure record is thrice, as it was always meant to be. 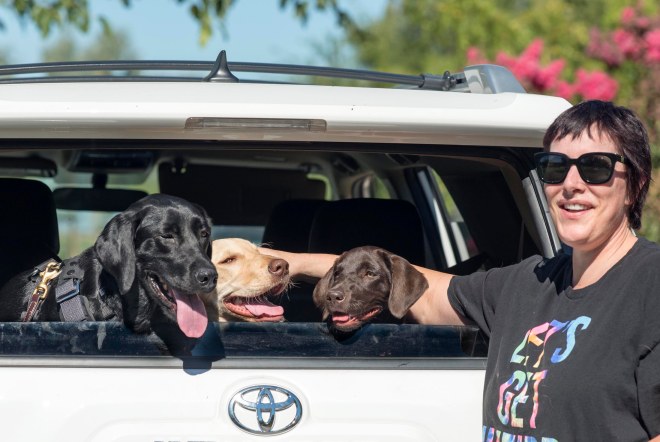 Faith and her sister Sophie will live happily-ever-after together – and a grateful Jasper will get some much deserved puppy-free time! 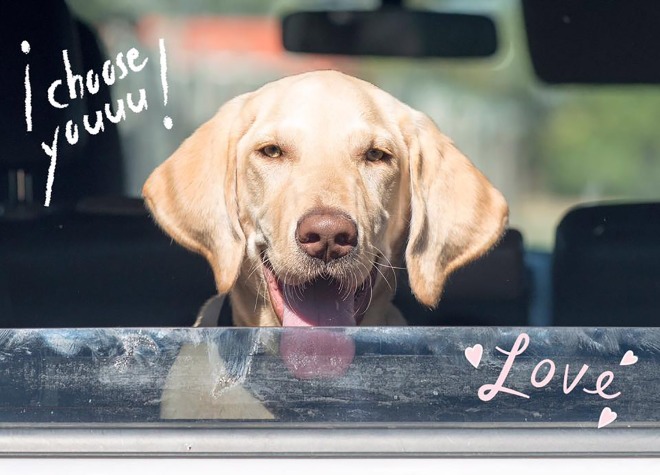 And that is the story of two little sisters whose fate might have been otherwise except for two powerful words: faith and hope. 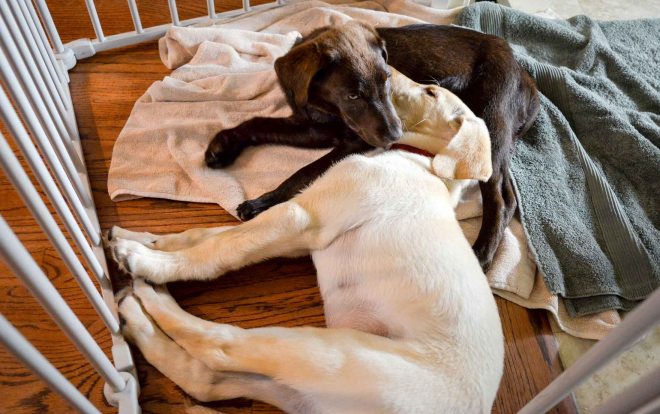 The end. And the beginning.

16 thoughts on “A Tale of Faith and Hope”