Iceland poppies are a cool season favorite – but they are not the only poppies blooming in our garden.

Poppy is a tiny seven-month-old Golden girl. She was the timid but loved dog of a young man who went off to college. Unfortunately, she spent most of her most impressionable first year puppy months outdoors with her two canine siblings. With him gone, and his mother coping with the remaining house full of kids, Poppy had little human time. The mother decided that placing them up for adoption would be in the best long-term interest of the dogs. She turned to Homeward Bound. When Poppy lost her human, and then her two siblings were adopted, Poppy’s fragile world collapsed – and with it, what remained of her confidence.

Terrified of her new surroundings, and separated from her pack, she worried away her calories and hid from humans. 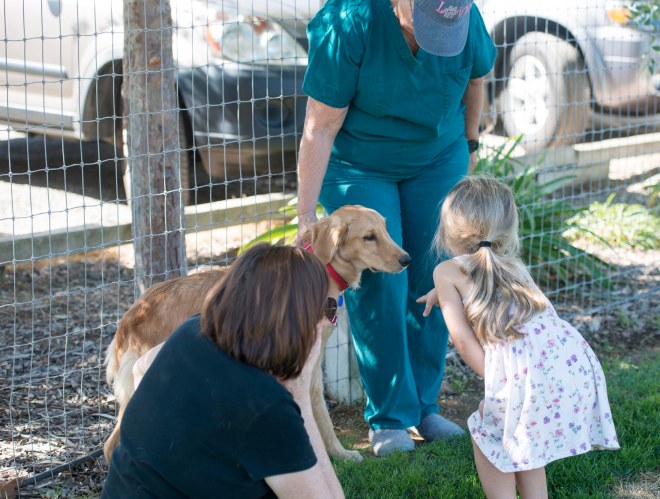 To help win her trust, we gave her frequent play time with other dogs. She was included in our weekly puppy class and even had a play date with my Yogi and Jackson. Jody, our president, thought that Yogi could bring Poppy out of her shell. Instead, he was instantly smitten and chased her all over the yard with dishonorable intentions! 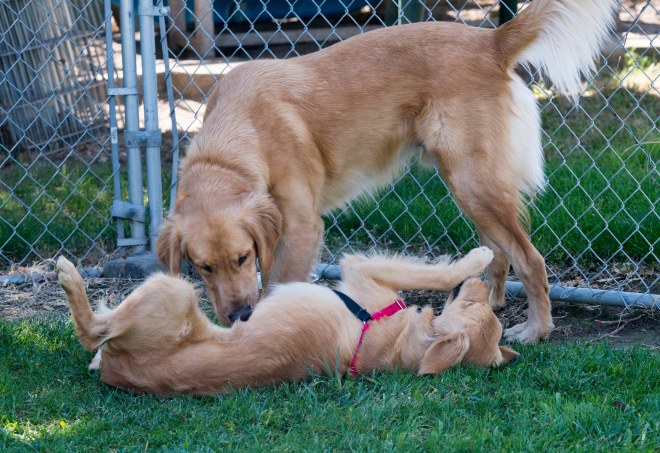 Not to worry; Poppy can hold her own. 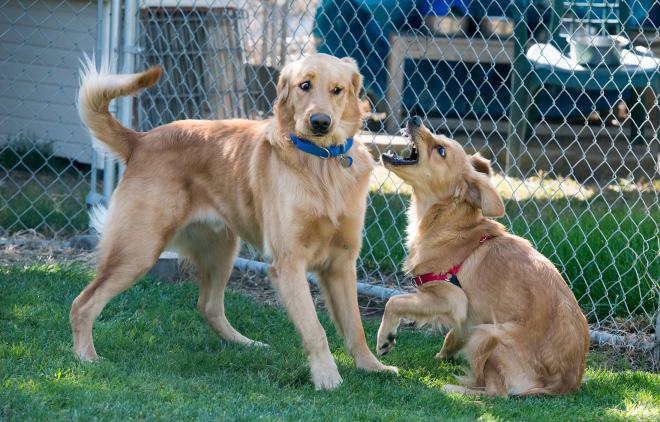 And while they arranged a truce, Yogi’s keen interest was clearly not reciprocated.

Thankfully, a newcomer – Max – was a perfect companion. We shamelessly used him as bait to get her to go on walks and interact. The progress was slow.

For several weeks, a woman and her beautiful Bernese Mountain Dog, Trinity, had been visiting in hopes of adopting. Some people come wanting to find a perfect dog. She, on the other hand, wanted a perfect project; someone who needed her as much as she needed them.

I watched as she tried to coax Poppy out on a walk. When Poppy hugged the ground, the woman just sat and waited.

I don’t know what she was whispering, but ten minutes later, Poppy was in her lap. The tail was still tucked – but there is no denying the smile on that face. 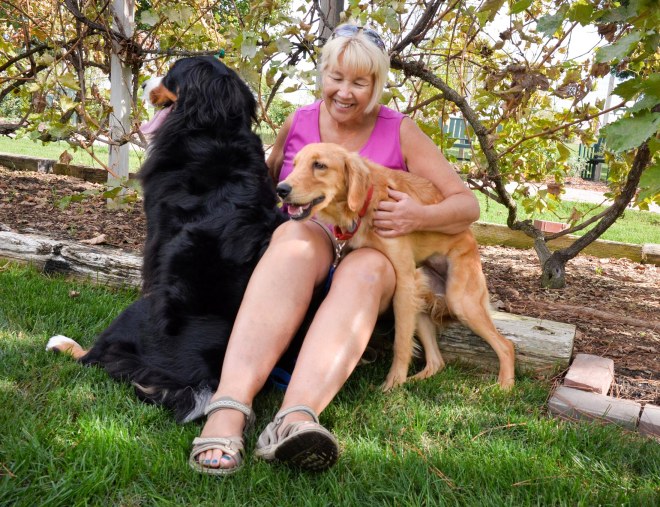 With Trinity providing reassurance that that a canine friend was nearby,

Poppy was up and walking. And then, the walk turned into a ride. A ride home. 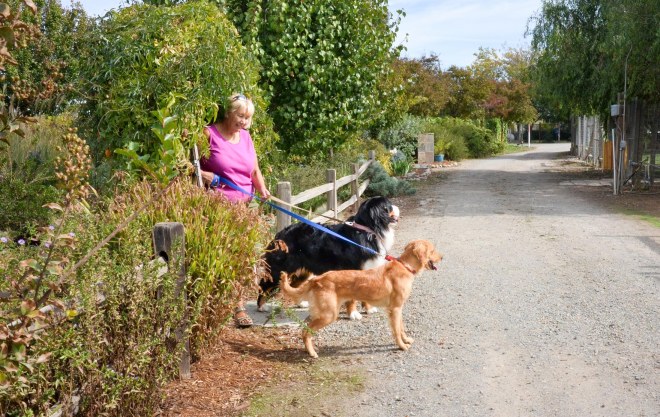 We can’t wait to see the transformation that is sure to follow. I’m betting that by the time the Iceland Poppies are fading – a brand new Poppy will have bloomed. 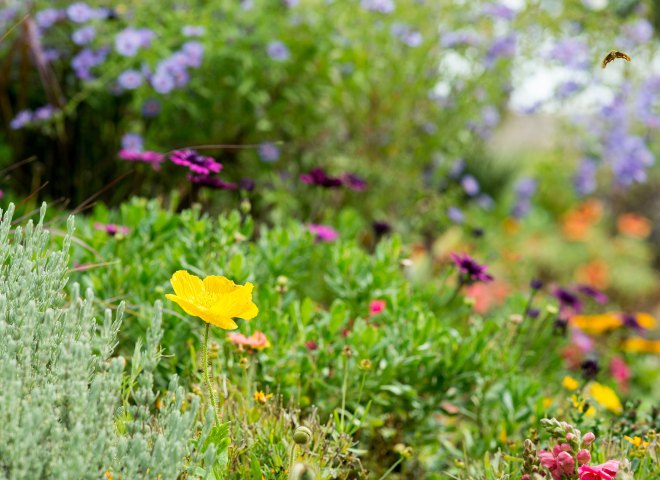 15 thoughts on “A Poppy Blooms”