When our Jackson picked Yogi out for adoption last fall, I sometimes thought our Bella had been reincarnated in him. 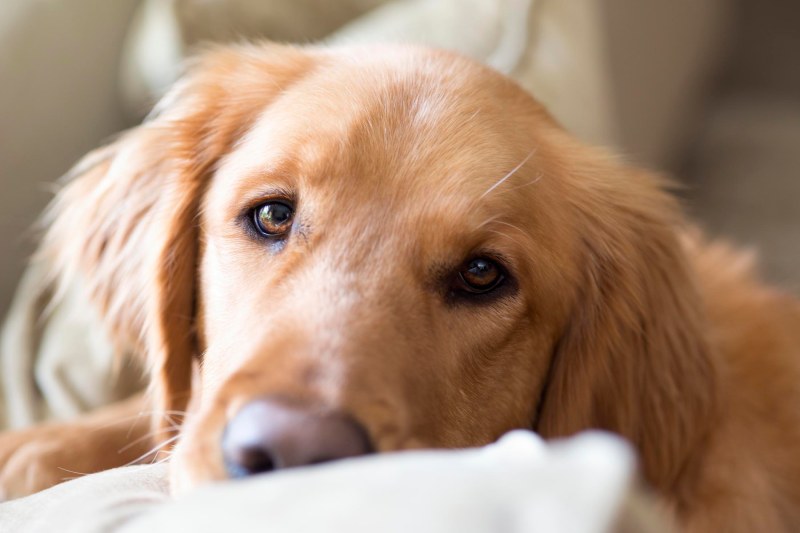 The way he cuddles, paws you for pets, refuses to be ignored, hogs the bed, and enjoys gardening with me were wonderfully familiar. But he was definitely his own dog and a bit of a project one at that. On our first few walks, I wondered what I had gotten myself into when he reacted very negatively to select dogs passing by. I’m not kidding. Four paws came off the ground with ferocious barking. It wasn’t aggression. It was insecurity. When he wasn’t doing that – he was hugging my leg for dear life.

Bella was not great with other dogs. As long as we kept our distance, she was OK, but bringing a dog into the house was too much for her. Which meant that fostering – of all but little puppies – was out of the question.

I began working with Yogi immediately. Working on positive association (“look Yogi, nice dog!” / sit / treat) and gradually introducing him to friendly neighbor dogs. When friends came by with dogs unannounced and marched into the house to tail-wagging welcomes, I knew we had made progress. When Rush stayed with us, and Yogi welcomed him so warmly, I knew the progress was good.

Last Sunday night, when concerns at the Oroville Dam about an hour away forced the evacuation of surrounding communities, we made a decision to move the rescue’s friendliest dogs to foster and prepared to evacuate the rest if the call came. So, when my husband and I loaded two five-month-old puppies and two 11-year old Goldens into the car, I admit to saying a little prayer that Yogi would be a good boy. And what a good boy he was.

I knew the puppies would not be a concern; he loved them instantly.

While Jackson just rolled his eyes and moved to the back room, Yogi wanted to jump into their little area and start the play! 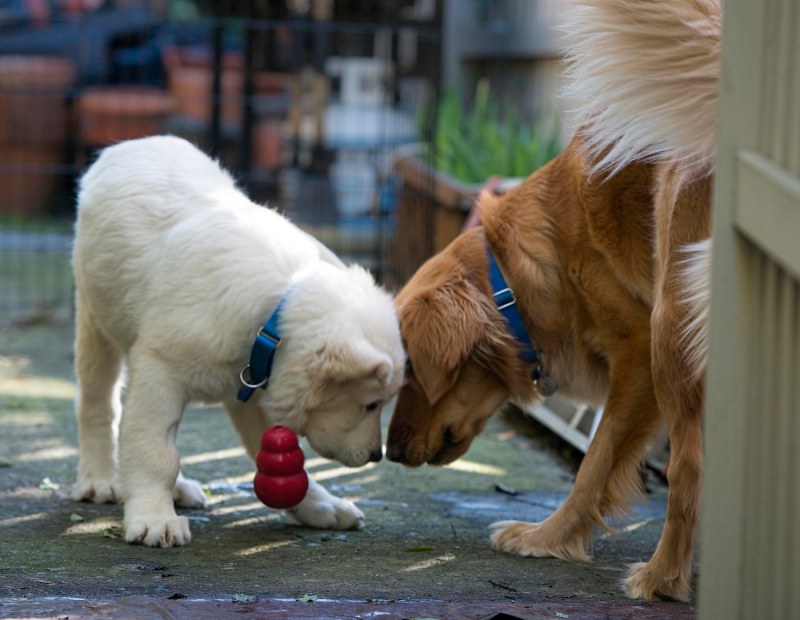 I kept the big boys separated at first. But after a day, they all decided: enough of that.

And for the rest of the time that Felix and Max stayed with us, everyone was together. Have you ever tried to sleep with four snoring dogs?

Meanwhile, the puppies needed exhausting: Yogi to the rescue!

I’m so proud of this boy. Somewhere along the way, my insecure wildebeest became the kind of dog that would roll out the welcome mat to a dog in need.

We have another big storm bearing down on us and our water-logged levees.
Our emergency plan is tested and ready.
And my houseful of boys has been a lot of work – but an absolute delight.