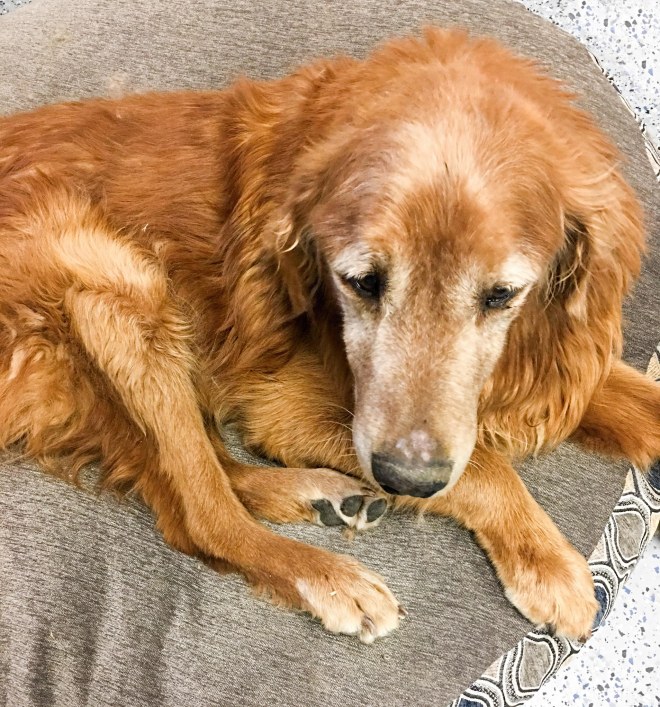 “He’s going to break your heart,” they said. Buster was an emergency transfer from a local shelter. He had been found stray and unable to use his back legs. His fate, if he stayed at the shelter, was clear. Homeward Bound – on Independence Day – was his last chance.

His transport angel said he looked like he had given up. She thought he would just sleep on the long journey to safety. But after he was lifted into the van and they got underway, he used every ounce of strength he had left to crawl to her side.

He saw the Doc upon his arrival, and because we don’t just give up, started him on meds even though his legs showed significant neurological issues including the apparent loss of sensation. Carolyn and Lori set about removing the foxtails covering his belly and then put him in a dog wheelchair for a trip to the pool where he was outfitted with a doggy life jacket. He had been out for days in 100+ weather. The water would feel fine.

After an assisted float, an exhausted Buster was carried back to the office on a stretcher. “Office Dog” is a highly coveted designation and Buster must have been pretty happy with all the attention having booted another dog from the appointed position. 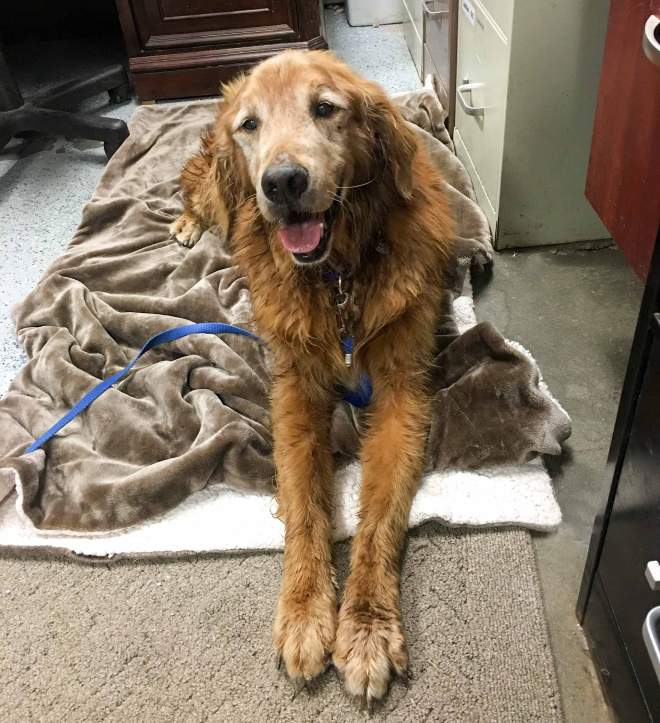 Sometimes, small miracles happen when dogs know that they are finally safe. With nearly everyone departed, Lori went to get some towels. When she turned around, look who she saw standing at the door and staring.

He walked like “a drunken sailor,” she said – but he walked!

The next day, he walked his way to the pool for another assisted swim, and then a roll in the yard. By the weekend, he was swimming life jacket-free.

We don’t know his true age, but he is a senior citizen for sure.

Lori has been out daily to get him in the pool in hopes of strengthening those back legs. Now, he only gets this “assistance” when she has put him through the paces. 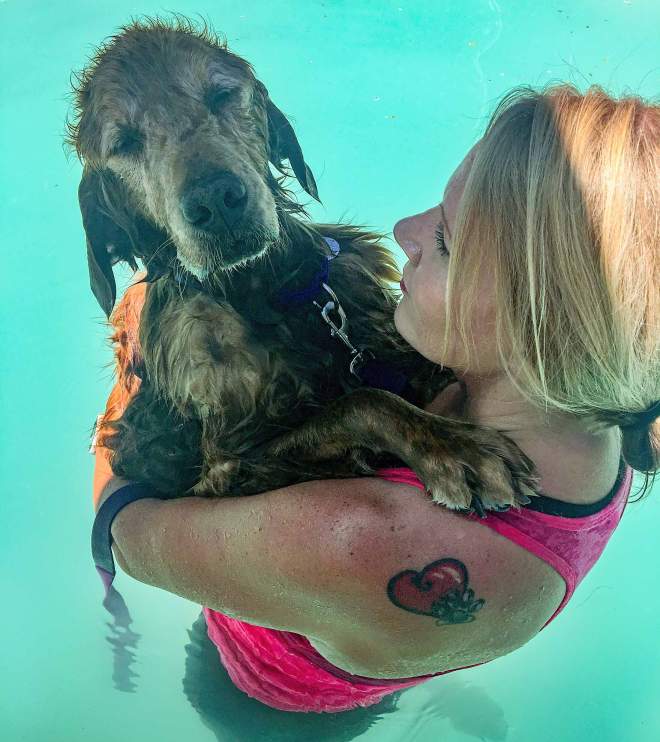 Who knows what brought him to that abandoned place or what his life was like before? Who knows if this is a short-lived miracle or a hoped-for second chapter? 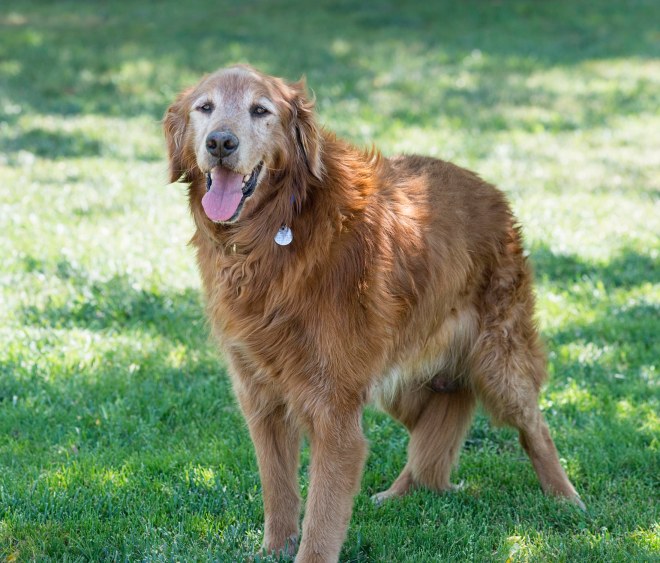 But he is a gentle, sweet soul; kind to other dogs; and clearly enjoying the company of loving human friends.

Buster may still break our heart someday – but not before filling it with joy.
Little miracles do happen – in safety.