I like cats…really I do. But this may not end well. 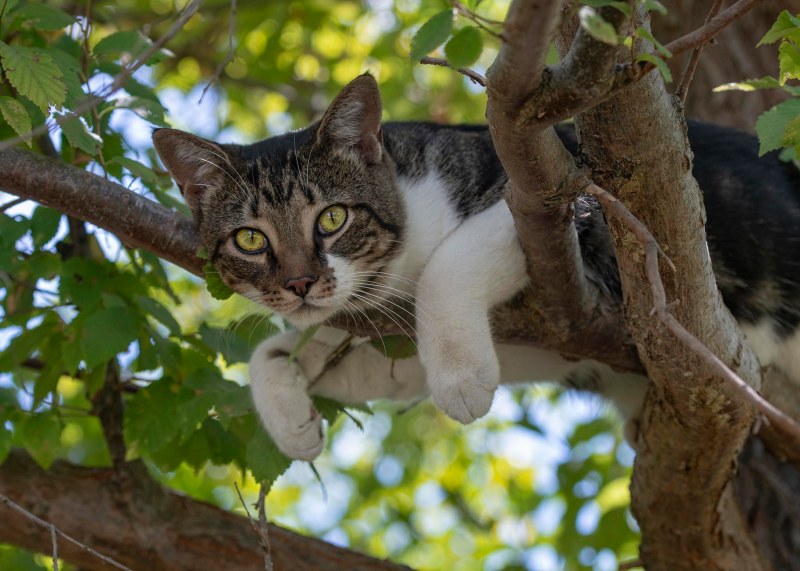 A couple of months ago, a new cat showed up at the rescue. He was given a less-than-welcome greeting by Tori, our resident “cat-tester” who still has plenty of spunk at age 15. As you can see, the new cat was simply unfazed.

He not only didn’t budge – he made his way inside.

That earned him a name: Kermit. And a trip to the vet to ensure that he would not be fathering any (more?) offspring. The plan seemed to be to have him hang around the office to give Tori a much-needed break from the dog-testing duties. But Kermit was such a pest, he quickly found himself booted outside.

For weeks, he lounged around the patio – making his way back in whenever someone wasn’t looking. But today he showed up in a whole new place….the garden.

We have quite a few cats at the rescue. They help to keep the population of mice, lizards and snakes to a minimum. They all have their special places and respect each others boundaries. But not Kermit. If you recall, the garden belongs to our feral cat, Frida.

She is a mighty huntress but a tidy girl who always keeps her garden shed neat and tidy. Lately, however, we have been finding her food and water bowls overturned, and remnants of someone doing their business inside the shed. Now we know why. 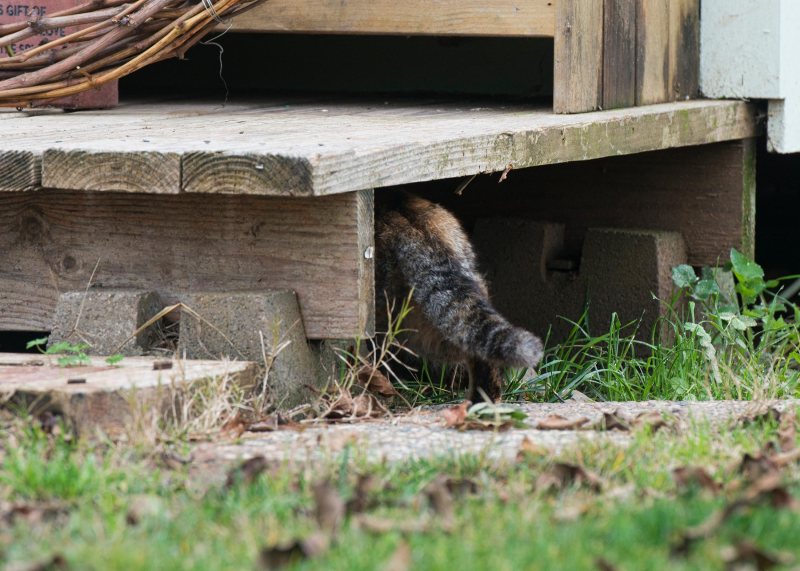 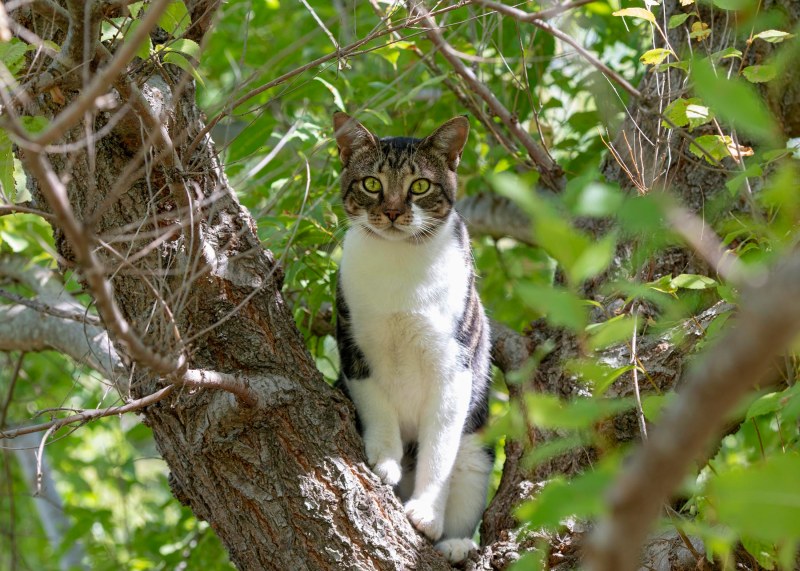 This boy has no fear and clearly doesn’t respect our motto: “it’s all about the dogs.” And let me tell you – we have some cat-hating dogs who will be just as unhappy about Kermit’s presence in their garden as Frida!

The same drama unfolds at home, too. We have two neighbors with multiple outside cats and at least two feral cats that have taken up residence – finding ample free food left on stoops. Like Kermit, they have no fear – and no sense. They roam all of the neighbor yards looking for birds, river rats, and squirrels to savage. The fights are horrific.

Worse: my Yogi is a verified cat-hater. We cannot leave or return from a walk without running the cat gauntlet. Yogi literally propels himself straight up in the air like a helicopter when he sees them – while they just sit and stare. If I were an unkind person, I would let go of the leash. Then again, Yogi might well be on the losing side of a battle with these feline beasts.

I read that there is a controversial cat ban proposed by a New Zealand town. I can tell you, it wouldn’t be necessary if people would keep their cats inside. And yes – I know this is not their natural habitat. But it’s not a dog’s either. And while I appreciate the river rat population control – I do wish they would not pick on the poor birds! 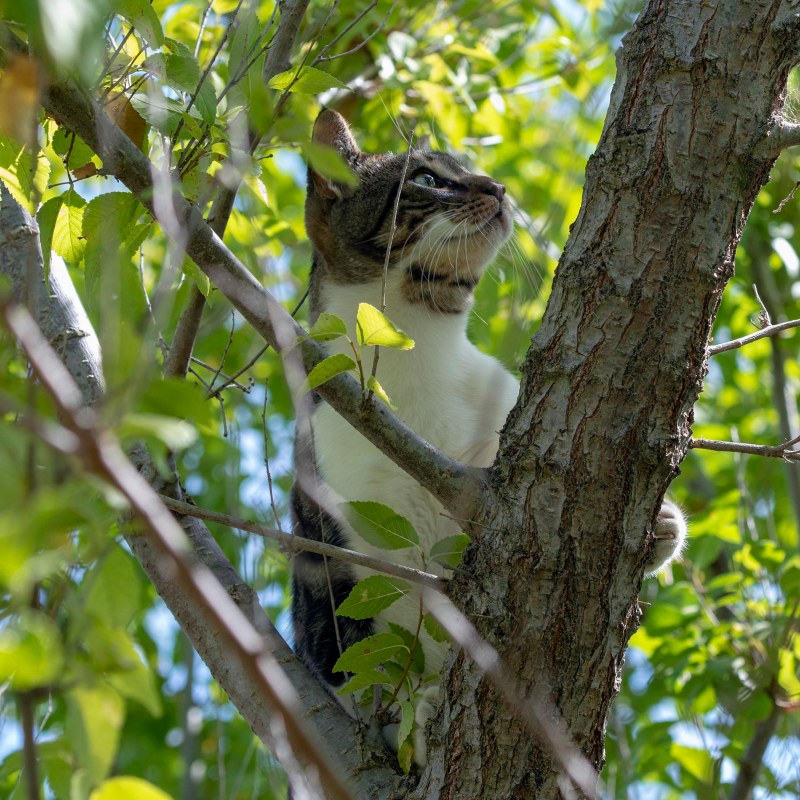 So mind your Ps and Qs, Kermit boy. Remember that you are here by the grace of Tori and Frida, and keep an eye out for those doggies…and the owls above!