“At the heart of gardening there is a belief in the miraculous.” ~ Mirabel Osler

Who would have believed that an acre of weeds and thistle would turn into our memorial garden.

Or that seeds, bulbs, saplings and bare roots would grow into this. 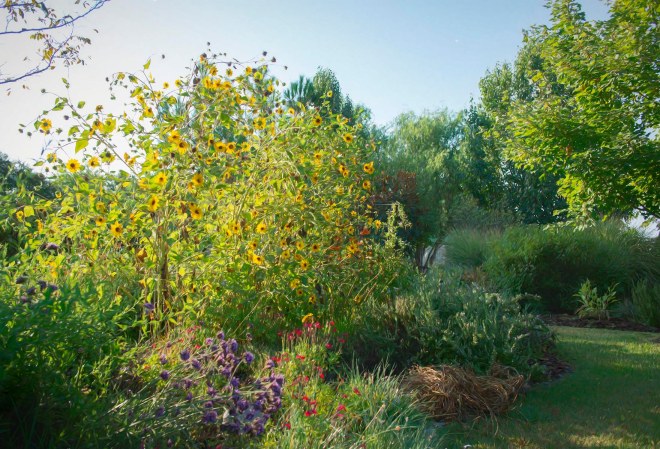 Yes, it takes hard work, water and sun, and a fair amount of luck – but what unfolds is kind of miraculous.

Rescue requires its own belief in miracles. Here are a few of the tiny ones we have recently had the privilege to know.

Patsy was likely hit by a car and dragged. This little puppy arrived from a shelter with a broken leg and a body covered in bruises and scrapes. 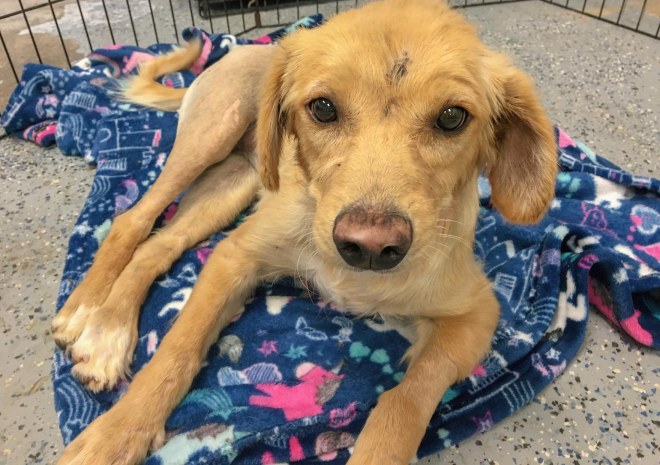 She did her rehab like a quiet trooper in her little prison, giving no hint of the awesome Yoda personality inside. 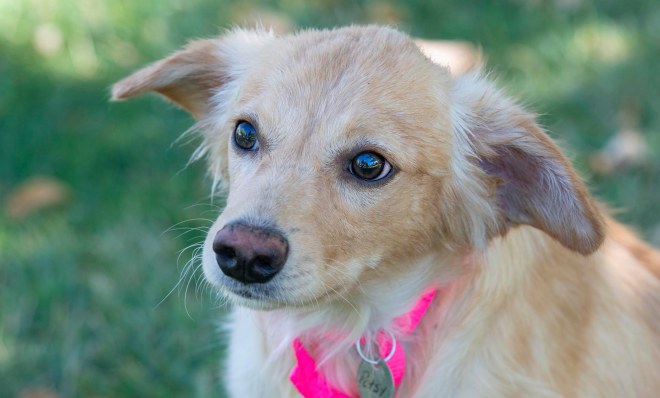 As she recovered, it came shining through. 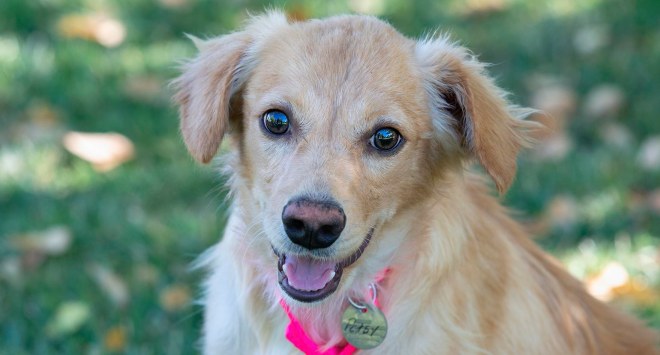 She was listed as available for less than 24 hours before a lucky family scooped her up and carried her away.

Miss Pickles puppy came to us with hydrocephalus – water on the brain. 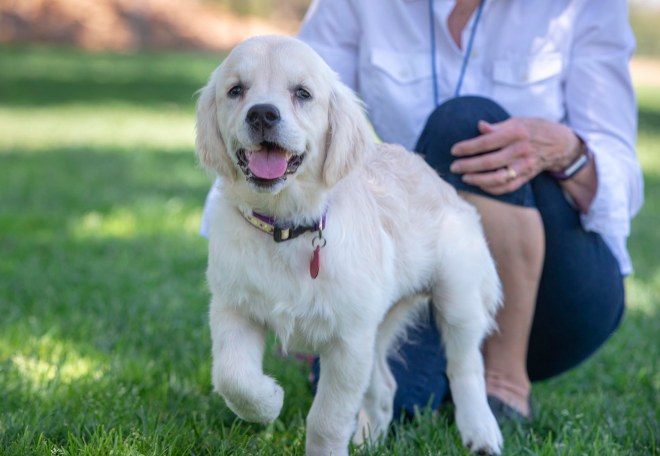 Already nearly blind, the condition could result in full blindness down the road as well as seizures and behavioral issues. But don’t tell her or her mom that she is anything less than perfect,

because Miss Pickles – now Autumn – is perfect for her. 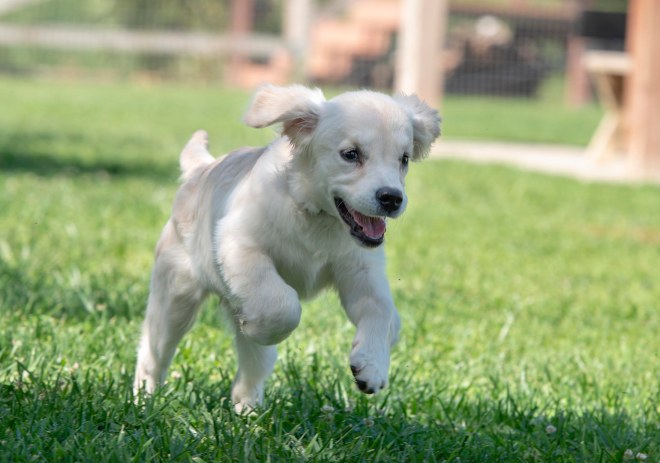 Tiny Johnnie was dropped off at a shelter and marked as stray. He was abandoned. 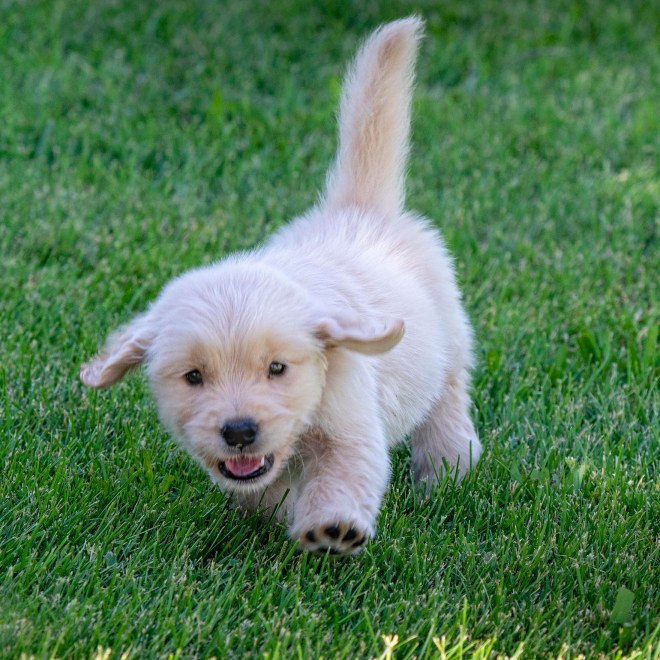 He has swimmer puppy syndrome. It is a developmental deformity showing up shortly after birth which causes the chest or thorax to flatten. Puppies with the syndrome have a hard time eating or drinking, and those that survive the first few weeks lack strength in their legs to push themselves up. Their legs – particularly their back legs – are splayed, moving side to side – thus the name swimmer syndrome. 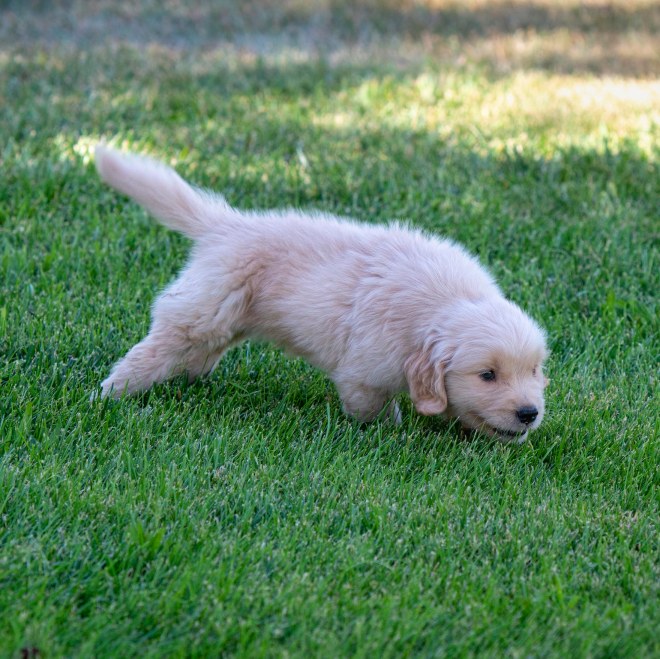 Johnnie is lucky to have pretty good use of his front legs. Intensive physical therapy can reverse the impact to his back legs if begun early.

He has found a foster daddy who will work with him – including regular swims – to get those back ones into gear.

Sometimes, miracles are just good people with kind hearts. And we are blessed with good people who understand that…

“Where there is great love, there are always miracles.” ~ Willa Cather

6 thoughts on “At the Heart of Gardening…and Rescue”