Behind human failing—due to health or incapacity—you can often find animal suffering. This was the case behind a recent large-scale rescue.

In Oregon, a backyard breeder struggled to care for his wife with dementia. I don’t know if the situation was ever better than we found it but things had obviously gotten out of control long ago. When he passed, there was no one to care for the dogs or the other animals on the property. A plea for help went out. Our team responded, arranging for extra transport to bring all 19 beautiful Labrador Retrievers to safety.

It was the largest single intake of adult dogs in our history (I believe) and a monumental task for our volunteers and our devoted vet, Dr. Codde. 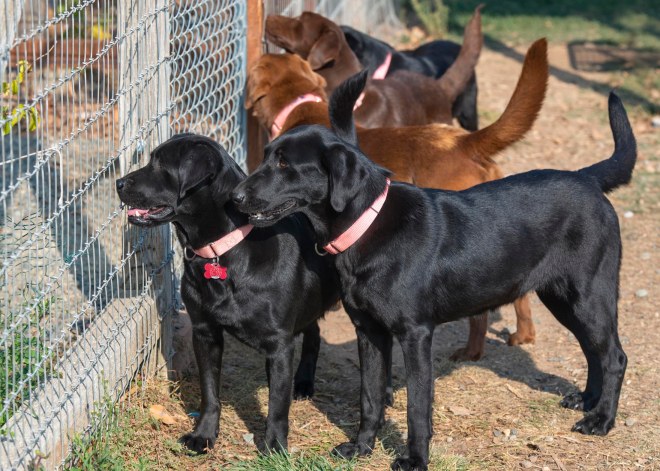 All but two had been kept in outdoor kennels without protection from the elements. They weren’t abused – but they were neglected. It was impossible to know how many litters some of the girls had birthed and weaned. 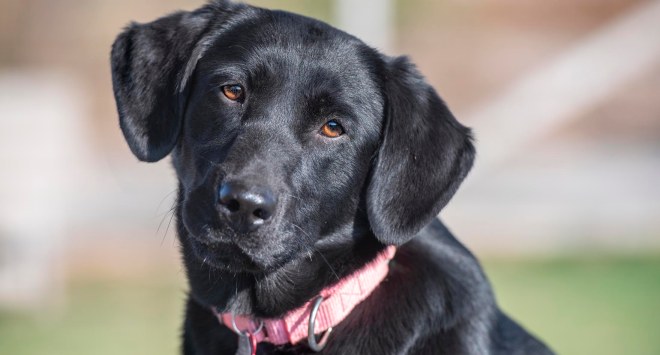 They had probably never seen a vet or had a dental, much less a bath. The food clearly went to expecting girls. The rest were rail thin and all were full of worms, fleas, and filthy ears. 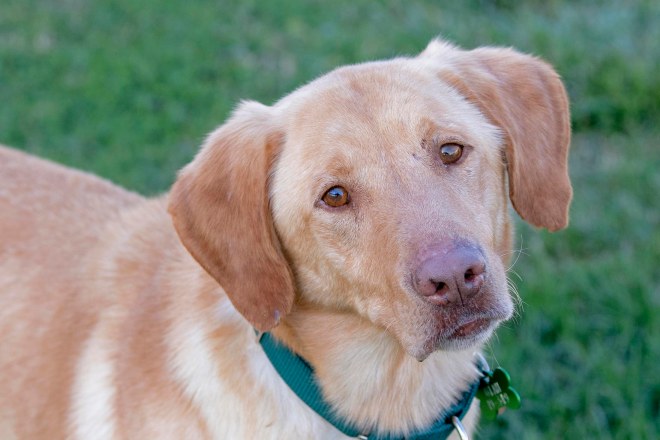 They had never known collars or leashes and were terrified at first not knowing our intentions. As Labs do, they showed remarkable resilience. With one exception, they were well-socialized to other dogs. Maybe it was the cookies and food, but they pretty quickly figured out that humans were okay to be around, too. 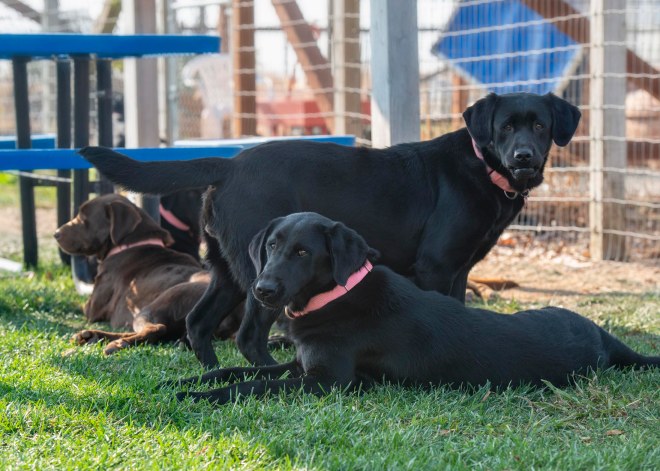 Baths and vet exams took all day long. Deworming, dentals, skin treatments, pedicures, and spay and neuters were in store. Minnie appears to have had the most litters. We had to remove her teeth and we found mammary cancer. We removed that too, but it has metastasized and will return at some point.

Georgia’s ear was so badly diseased that we had to perform a TECA (Total Ear Canal Ablation) – removing the ear canal. She is recovering well.

The rest are now all in good health. Twelve are officially adopted and have adjusted beautifully. 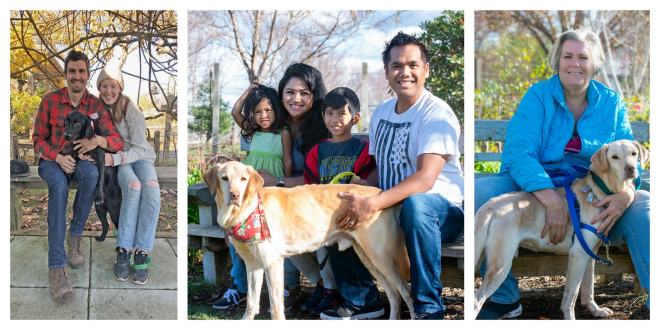 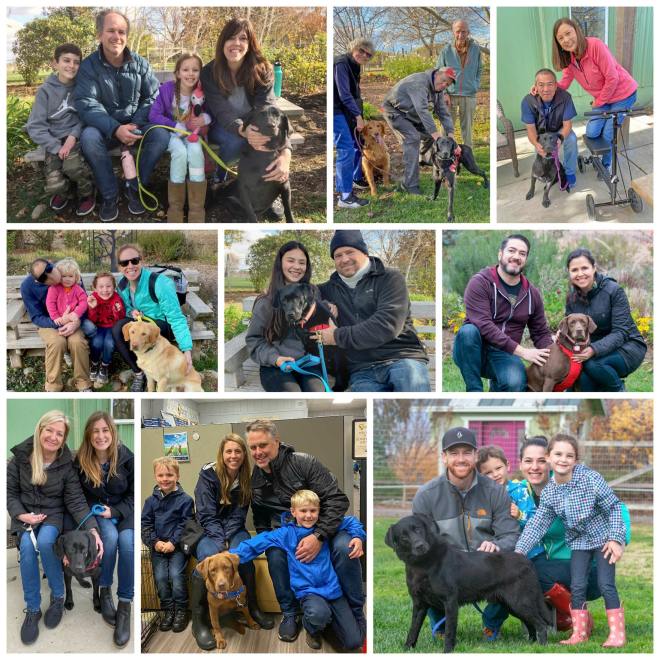 Four are home as foster-to-adopt given their extreme shyness and their lack of experience living in a home. One, North, is waiting for his forever people to come and find him.

Here’s the thing. The neighbors had to know. Anyone who purchased a puppy had to know. How this was allowed to go on for so long is beyond us. How these dogs could be AKC-registered shows an appalling lack of oversight or concern by that organization.

Soap box time. This situation could have been reported and ended long ago providing help for the humans and the dogs. Neighbors could have intervened. Had anyone purchasing one of the hundreds of puppies produced by these dogs followed one simple step, the dogs’ circumstance might have been discovered.

When you purchase a puppy, please require that you be invited to meet the mother and puppies at the breeder’s home. See where and how the dogs are kept…inside! Learn how they are cared for and how the puppies are raised. Nothing short of raising these dogs as part of the family will do. For the breeding dogs, it ensures safety, health, and care. For the puppies, it means vital socialization and a healthy start to life.

All responsible breeders abide by and support this practice. Anyone who does not is likely running a puppy mill operation. Your support of them perpetuates dogs’ misery for years on end.

These 19 Labs will all have wonderful second chapters. Even Minnie. 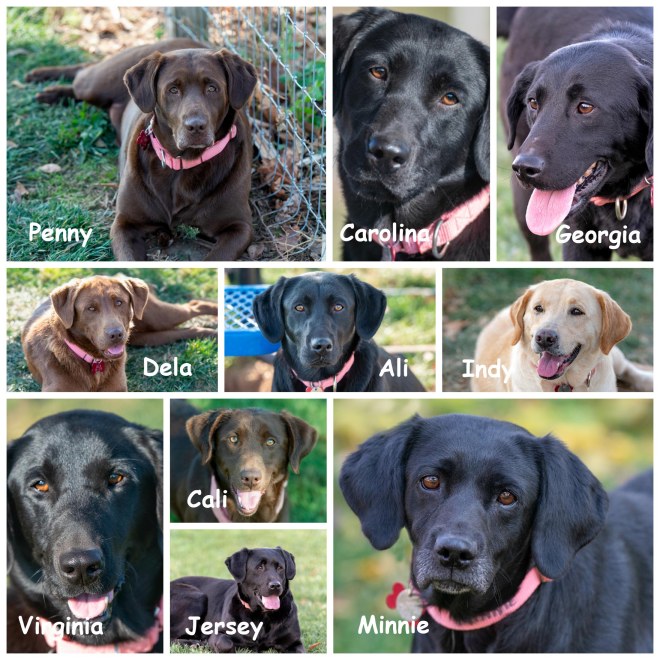 Who knows what became of those who came before them.

Education saves lives. Please help others to understand the importance of this one simple practice. Need more information? Here is our guide to choosing a responsible breeder.

And here’s a look at their first experience with freedom.

8 thoughts on “The Lab Lift”