That’s what a local shelter told a woman who was trying to surrender a stray, six-month puppy after failing to find tags, a microchip, or its home after posting for over a week.

In the time of COVID-19, if a dog is dangerous, obviously sick, or injured, the shelter will accept – and euthanize it. If it is healthy and safe, and the person is unable to keep it, they (unbelievably) advise setting it loose. In this case, the woman already had well over the legal limit of dogs. A six-month-old, unneutered boy was one too many.

Thankfully, she could not bring herself to do this. Thankfully, we were there.

He arrived on Easter weekend. The team named him Jellybean. I have no doubt that he will be scooped up shortly after he is seen by our vet and neutered. He is absolutely adorable. Someone loved this dog once. Someone spent time housetraining him and teaching him to bring back, leave, and sit. But no one claimed him.

On their website, the shelter states that their mission is “to SAVE LIVES!” I guess the disclaimer should read “in good times.” These are the times that test our commitment and resolve. I hope they don’t ask me for a donation again.

He went from scared to joyful in the span of a half hour with the help of a kind volunteer.

Then, Jellybean and I spent most of the day in the garden.

He is an excellent helper. Attentive,

and content to be tethered close by as I work. 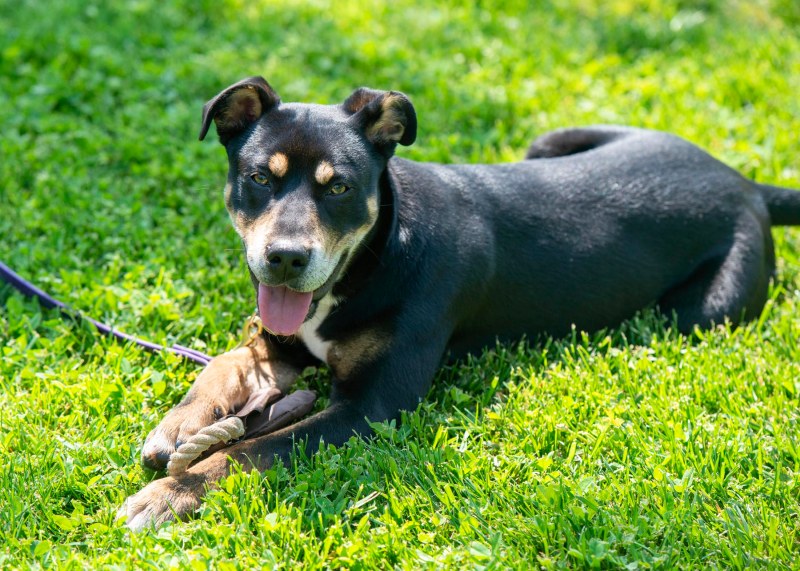 He does not like the kennel, and looked on as Ivan was adopted…with envy, I think.

Don’t worry little man. This will be you too…soon.