These are both Clematis vines. 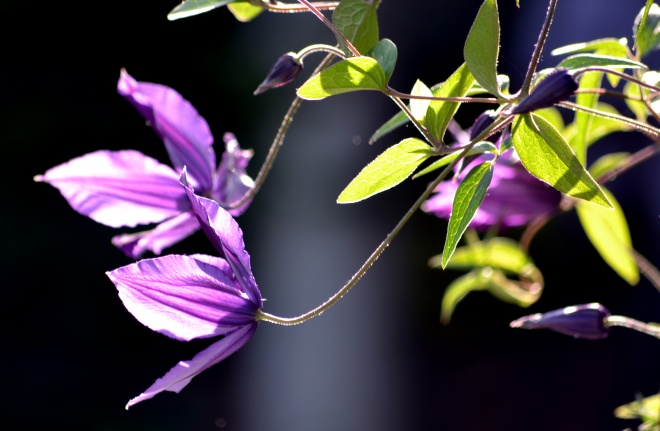 As different as they look, they are but two of some 300 species in the same genus.

Like the Clematis, my sisters and I appear very unalike. We could not have begun on more different paths; but as we mature, the roads have merged. Instilled in all four of us is a common passion for rescue.  Rescue of different sorts, albeit; but rescue, nonetheless.

Susan is a natural history biologist, dedicated to the rescue and restoration of native glades and woodlands. When she is not identifying plants or tagging bears (rest assured, is very much alive and safe!), 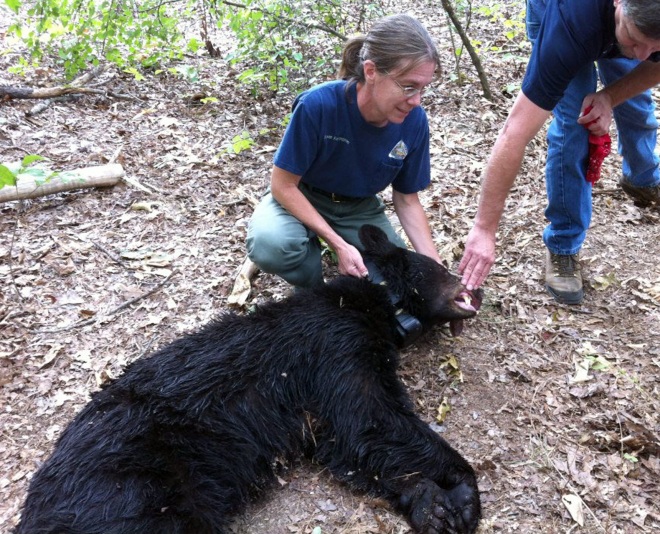 she is setting fire to one state park or another to return it to its natural state.

My sister, Beth, is the rescuer of humans. For years, she nursed babies and children as a pediatric ICU nurse. Today, she is a school nurse who will be spending her summer with Blue Skies Ministry, providing retreats to families faced with the enormous emotional, financial and spiritual challenges of childhood cancer.

I spend my days with a small army of people who disabilities who need no rescue – only opportunity. My weekends, as you know, have gone to the dogs.

Finally, there is my sister, Debra.  An accomplished business professional and writer; she left that world when life changes demanded a less stressful pursuit. She trained and worked as a vet tech, then a pet sitter, and because she is who she is – launched her own very successful pet sitting business. Despite the demands, her passion for the work brings balance to the hectic schedule and strenuous pace. She is deeply involved with an effort to capture, spay, treat, release and care for feral cats in her community, thereby humanly reducing the population over time. Best of all, she has recently returned to writing through her new blog: “The Blessing of Animal Companions.” I thought some of you would enjoy it.

I was particularly taken with this section of a Robert Frost’s poem she quoted as she wrote about the evolution of her life’s work:

My object in living is to unite
My avocation and my vocation
As my two eyes make one in sight.
Only when love and need are one,
And the work is play for mortal stakes
Is the deed ever really done
For Heaven and the future’s sakes. ~ Two Tramps in Mud Time

I marvel at how the brain, jock, geek and cheerleader have found such common sense of purpose in our avocation and vocation from such divergent paths. I’ll leave it to all of you to figure out which is which, by the way.