Many dogs travel lengthy distances to get to Homeward Bound, transported by our dedicated Golden Taxi team. But a group of dogs, including new arrivals Dimple and Moose, take that journey to an extreme. 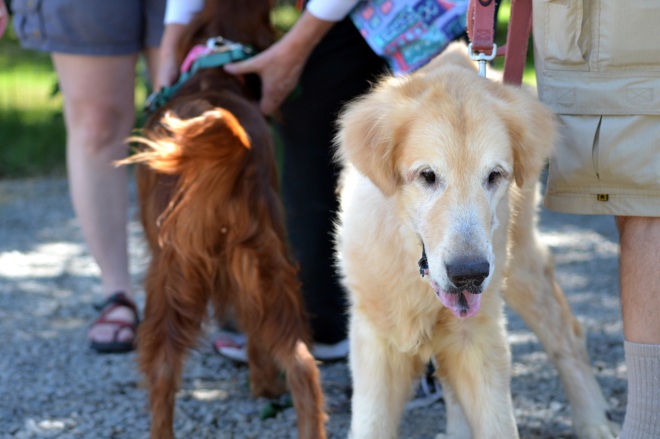 Their arrival last weekend at the rescue was the last leg of a very long trip; a 6,449 mile trip – from Taipei, Taiwan to San Francisco.

Dogs are not equally valued in all cultures. Suffice to say, Taiwan may not be the best place to be born a dog. Johanna Quinn, an American native, and her teammates in Taiwan have made the rescue of Taiwanese dogs their life’s work. They recently formed their own group called “HOTAC” which stands for Heart of Taiwan Animal Care. Johanna pulls dogs from shelters in Taiwan and raises the funds needed to fly them to a network of rescue partners in the United States and other western countries.

The dogs’ journey begins with a long drive and wait at the airport, followed by an 11-hour flight. Upon arrival, they are met at San Francisco International Airport (SFO) by our transport team; in this case, John, his wife Beatrice and Rowena.

John and Beatrice – Homeward Bound adopters – have been part of the transport team for several years. They live in the Bay Area and wanted to find a way to contribute. Our network of caring individuals like them across the state is invaluable. In addition to transport, John and Beatrice also do home visits for adoption applicants in the area allowing us to extend our reach with confidence.

Dimple and Moose stayed overnight with them, then traveled in style to Homeward Bound in the morning. 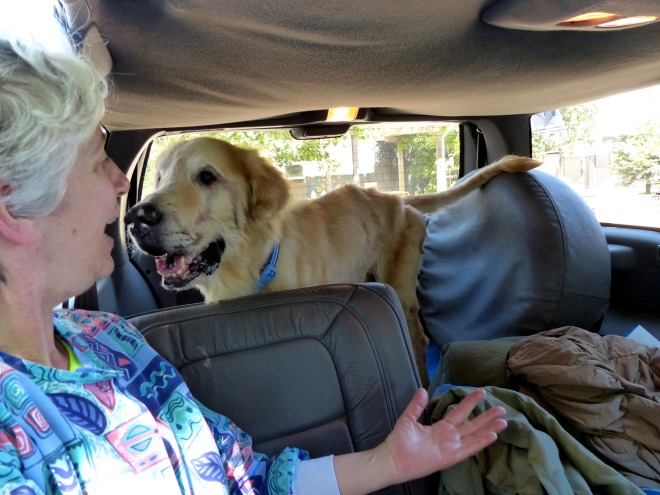 Dimple was a breeder dog – “used up” by the age of six.

but in desperate need of medical attention which has already begun.

Their arrival marks the end of a nightmare and the beginning of a journey ‘homeward bound’ for these lucky two.

Our sincere thanks to Johanna, her HOTAC team, and our own Golden Taxi transport team for giving them both a chance for a better life.

35 thoughts on “The longest journey”