Grace and I have something in common. It’s called barrier frustration. My nemesis is the pushy tall Asters that have encroached upon their gentle neighbors. The thinning is endless.

Grace’s issue is the barrier that keeps her from meeting other dogs on her terms. Whether it is a kennel door, fence, or sometimes, the leash – the reaction is the same. 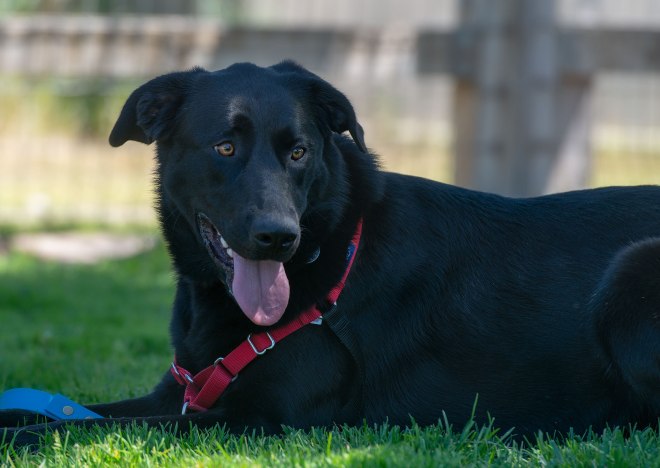 I know a little about this from my flying boy, Yogi.

The first time I took him for a walk around the neighborhood I realized I had myself a project dog. Every time we passed another dog on leash, Yogi literally launched himself – like a helicopter – straight up in the air until he was at eye level with me growling and snarling like a rabid animal. It took a few walks for me to see that his tail wagged and back end wiggled just before this reaction took place. What he wanted was to meet the dog – but he was completely lacking in proper dog social skills.

Dogs have a meeting ritual which was completely lost on Yogi when leashes were involved. The reaction he got from his excited stare sent him into a tailspin and earned me more than a few startled looks. If a dog is punished for this behavior, or not taught an appropriate alternative response, its reaction to another dog may change from excitement to frustration to fear and aggression. 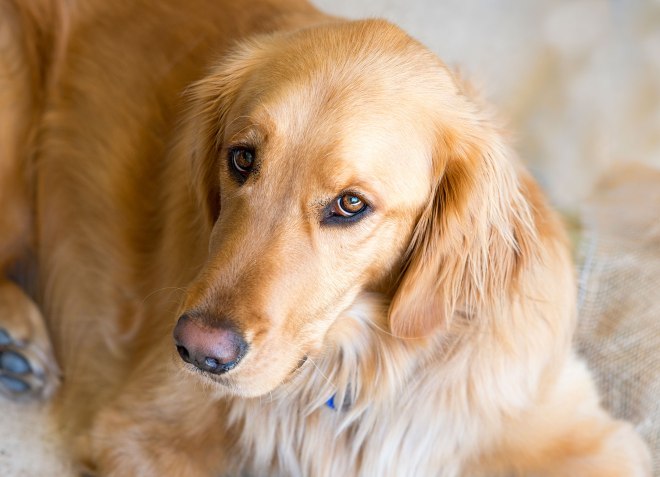 Yogi and I worked for many months on “watch me” – earning a treat each time he focused on me instead of a passing dog. It requires that the handler be watchful themselves, combing the landscape for potential trouble. Once he had that down, the command became “look, dog…watch me.” Now, the minute Yogi sees another dog, he looks at me in anxious anticipation of his treat which he only earns after the other dog has passed without incident and he has assumed a watchful sit. He has been introduced to all the friendly neighbor dogs and has welcomed foster dogs (young and old) into the house. Part of this is training; part of it is growing up. He has rounded the corner to age three. But all of what I initially saw was about him telling me “don’t hold me back.”

Grace was found in Folsom State Park. No collar or microchip. No one claimed her.

The person who found her had her for nearly a week and was able to share that she was good in the house, good with kids, but horrible on leash when she met another dog. Her reaction was the same in the kennel, or in adjacent yards with a fence between. And it got her into trouble. But she had strong advocates who recognized that the trouble was not intentional and thankfully, it was not grave; a human had simply gotten in the way. 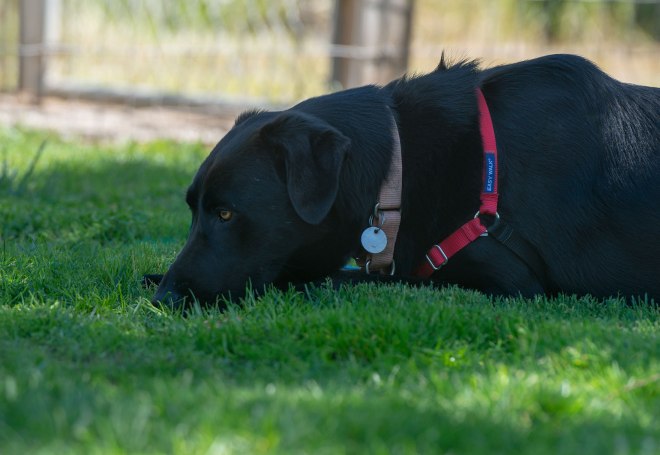 For the safety of all, she was assigned a special team with advanced handling skills and the physical strength to guide her.

She was gradually and carefully introduced to other dogs in play group – a barrier-free setting. Like Yogi when he first came to us – she is young: only one year old. And her social skills, like his, need work. Her play style is what we call rough and ready (or rough and tumble!). She is definitely too much for some dogs, but with the right dog match – she is a fun and exuberant playmate.

Roo is one of her very favorite friends. You might remember Roo from this post. Talk about two dogs transformed.

With all of her improvement, this week is about a “get Grace home” effort: creating a special video, updating her photo on the website – and most importantly – helping to change her internal “rep” demonstrating the progress she has made.

As for the encroaching Asters: they get no such break. They are simply out of here!
Think good thoughts for our Gracie girl, please. It’s her time.

12 thoughts on “Breaking Through Barriers”