Our most recent houseguest was a repeat caller named Cooper. He is one of Daisy’s litter. He stayed with us about a month ago while his people were away – right after his sister, Colleen’s stay until her people were ready to bring her home. This is a photo of the two of them before they found their furever homes.

My husband mocks me for taking the puppy pen down…he thinks it might as well just stay up permanently. He’s probably right. (Cooper at three months.)

Cooper’s people had a family reunion to attend, and since he got along so well during his first visit – and is still young and impressionable – it seemed like the best place for him to hang out for a week or so. His people call it Camp Yogi – named for our three-year-old, puppy-loving Yogi. (Cooper at four months.) 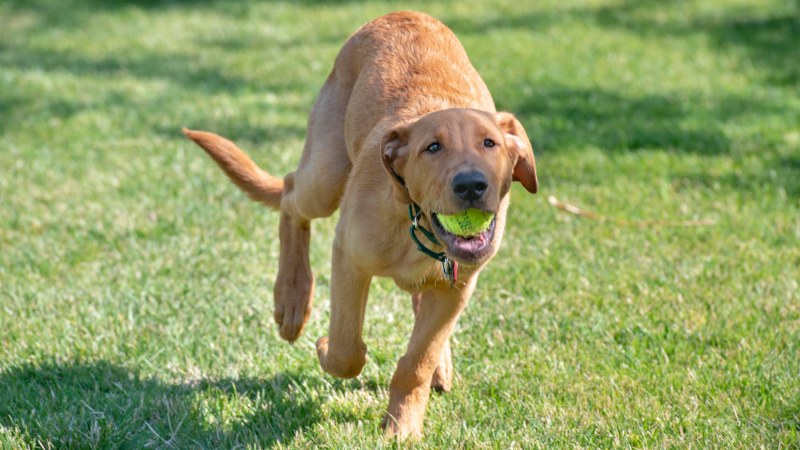 Camp Yogi is full of play, adventure, swimming, and a few lessons as well.

He has his Golden mom’s coloring (and heart) – and his German Shepherd/Dobie dad’s size! Shy and quiet as a puppy, Cooper’s playfulness is growing almost as quickly as his size! At three months:

He dispensed cauliflower ears and slobber to Yogi – and Yogi wore that puppy into exhaustion. Or was it the other way around?

Puppies are good for Yogi.
Yogi is good for puppies.
And Camp Yogi is fun for everyone!